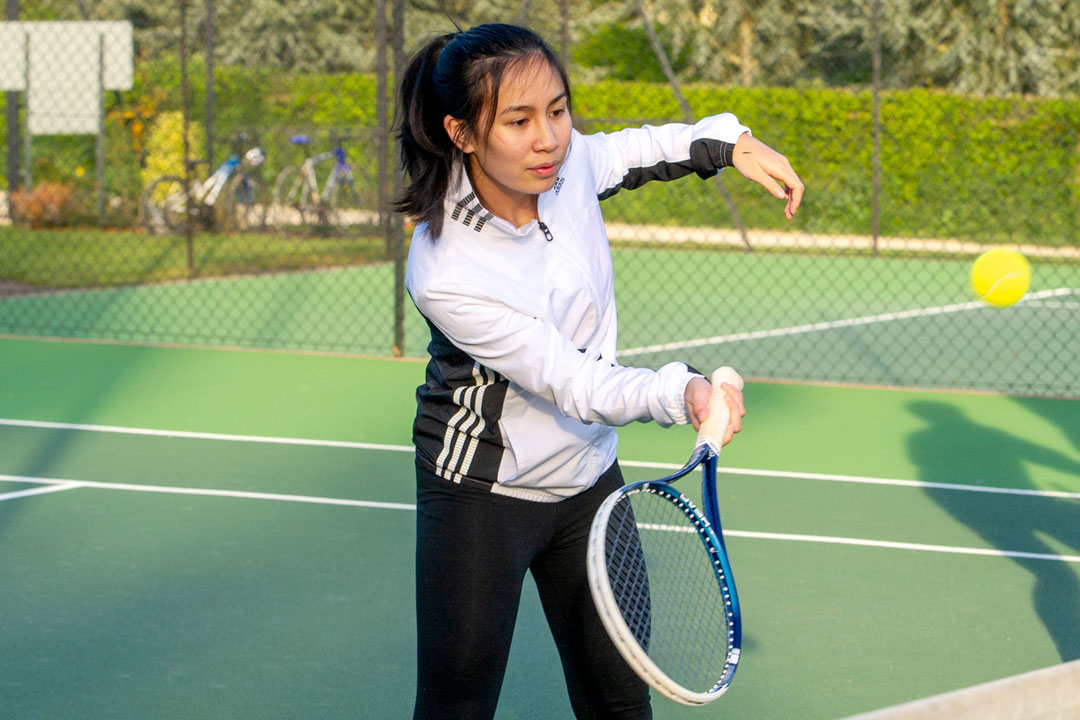 Courts can be booked from one minute past midnight, 14 days in advance.

The exception is for Club Championship matches only,  which can be booked 28 days in advance. (Not Singles Ladder)

Each member can book a maximum of 4 hours court time per week.

It is the responsibility of each member that books a court to ensure that it is cancelled at the first opportunity if it is not going to be used.

In addition to the annual Club Championship, which starts in March and finishes in September on Finals Weekend, the Club holds other Tournaments throughout the year.  Details are posted on the Noticeboard and published in the eNewsletters.

DURING THE WINTER MONTHS, i.e. October – March, arrangements for the Sunday sessions, 10.00am - 1.00pm, are run on the same basis as the summer months.  However, the Wednesday evening sessions, which are played under floodlights, are organised on a rota basis for the period 7.30pm to 9.30pm.  Each player is required to pay a fee to cover the cost of the floodlights and tennis balls provided by the Club.  Notification is sent out to members in August/September asking for names of those interested in participating.

Professional coaching is available at the Club through our partnership with Maidstone Tennis Academy (MTA) for all ages and abilities. Details of coaching are posted on the Club Noticeboard and published in the eNewsletters.

At all times when playing at the Club members must wear recognised tennis clothing which can be of any colour including white.  Other clothing, such as jeans and vests are not allowed.  Clothing primarily designed for other sports is not allowed.  No large logos.  Playing on any court bare chested is not allowed.

Footwear must be “appropriate for tennis” and of a type designed not to damage the surface of the court being played on, and can be of any colour including white.  Soles must be non-marking, and must not be ridged or studded.

Please help to maintain our Club’s standards by following the above.  Repeated non-compliance will result in players being asked to leave the court and may ultimately result in suspension from membership.

BOOKING A COURT: Courts may be booked for private floodlit play not more than 13 days in advance.

OPERATING THE FLOODLIGHTS: The floodlights on all 5 courts can be switched On/Off using tokens or keys.  However, the keys are used for League Matches and organised tennis evenings only.  Members wishing to play on other occasions must use the Tokens; each Token lasts for 30 minutes.

The floodlights on all courts will automatically switch off at 10.00pm, which is the latest time permitted by the Bearsted Parish Council.

ALL COURTS: The floodlights are operated using Tokens.  The Instructions for operating the lights on the courts are above the 5 Control Boxes, which are mounted on the wall to the right of the window in the Entrance Hall.

PAYING FOR THE FLOODLIGHTS: The cost of each Token is £2.50.   Tokens can be purchased in the clubhouse when the bar is open.  They can also be obtained from the Club Captain, Kim Martin.   Kim can be contacted by Email at  [email protected]  or by telephone on  07968511515.

Tokens are free for social evenings,  matches, and juniors.

Glassware on the Courts

Bottles and glassware (including jugs) must not, under any circumstances, be taken onto the courts.  Plastic jugs and glasses are available in the Clubhouse.

CLUB COLOURS are awarded to Juniors under 18 years of age whose standard of play is good enough for them to participate in ‘Senior’ events.  These include Club League matches, the annual Club Championship Tournament, other Club Tournaments and Club Tennis.  Juniors wishing to apply for Club Colours should contact a member of the Tennis Committee.

SUPERVISION: Please note the Club recommends that children under the age of 13 are supervised by their parent/carer whilst at a tennis venue, and outside of any venue sessions, such as coaching lessons or tennis camps.

Seniors and Juniors have equal status on the courts except when the courts have been reserved for specific senior or junior events, such as League Matches, Club Tennis, Men’s and Ladies Team Tennis, Junior Tournaments and Club Tournaments.