CLTC have been celebrating their Centenary since the beginning of the summer season with a variety of events for all ages, members past and present and the wider community.

The centenary was launched at the first Junior club night in April. Juniors from the past were invited, the bar was open and hot dogs were served to the children.

The next event was a fun day held in June. Free Tennis was offered to all, an exhibition match with ex pros Dan Lobb, Mike Wyeth and our own Charles Durham hosted by head coach Gary Drake, followed by Free Running Gymnastics, a raffle, traditional cream teas and garden games. The event finished with a live band playing music through the decades. Many of the Caversham community attended which gained some interest for future members!

Six club members were lucky enough to spend a day at The All England Tennis Club at the beginning of September along with seven other clubs from around the UK also celebrating their centenaries. The day consisted of a fantastic lunch, a tour of the grounds, a mini Tournament followed by a Champagne reception in the Royal box! Dinner then followed in the prestigious Rolex Suite before our chauffeur (posh taxi) drove us all home! It was quite a day and one that they will remember for years to come!

The main event was a Gala dinner held on September 14th at Phyllis Court in Henley. Current and past members, friends and family were among 150 guests. On a beautiful warm evening, we started off with Champagne on the terrace followed by a three course dinner. We were entertained by the incredible and very funny Josh Berry Tennis Impersonator and then danced the night away to the Matthew Tait Band who played timeless classics. There may have been a few sore heads the next day!

Our final event saw a group of members and their  guests their take a tour of SW19 at the end of September. Standing on Centre and No1 Court, entry into the museum, visiting the players entrance and a peek at the BBC Sport commentating room made an eventful afternoon. 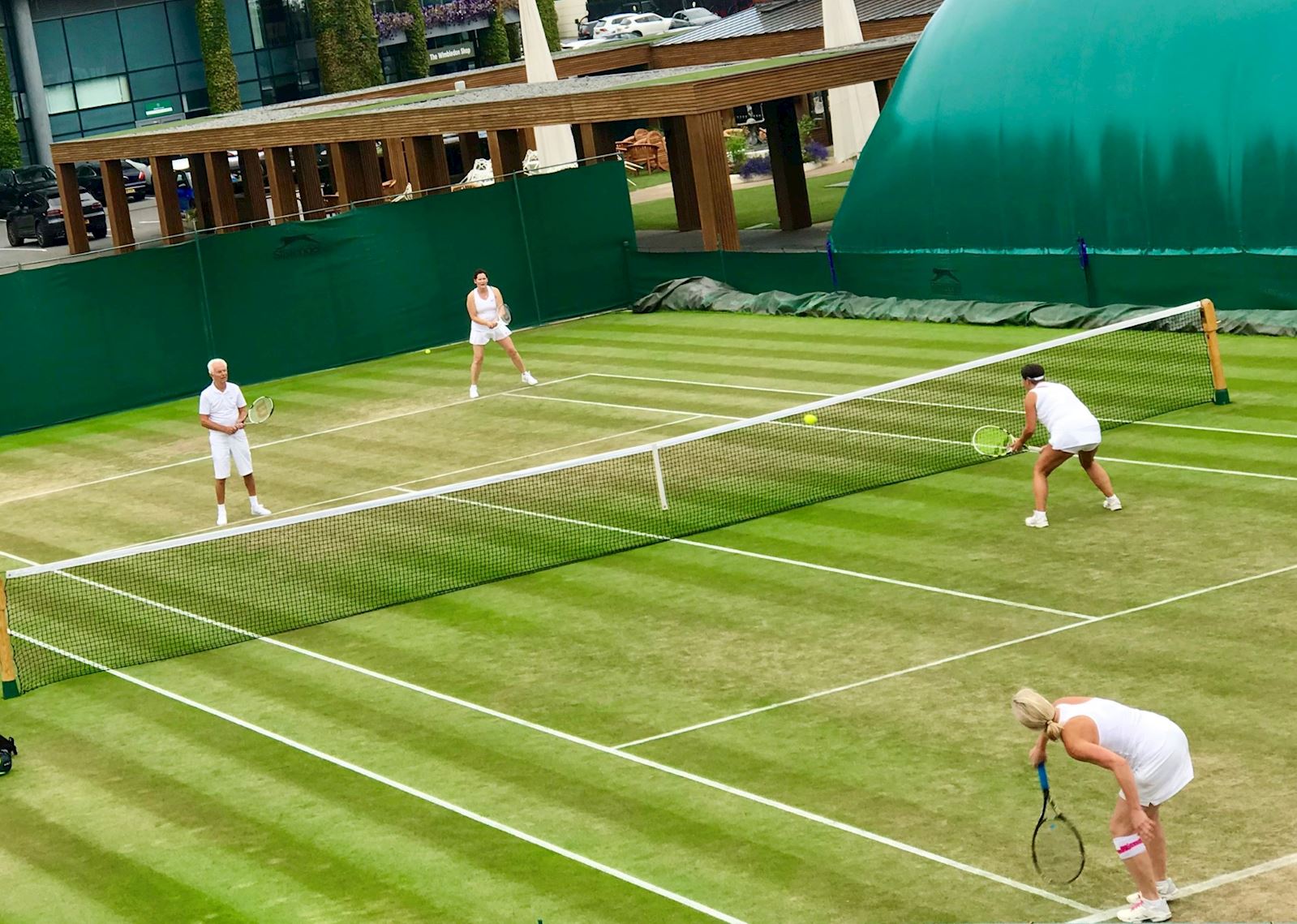 It’s been quite a season at Caversham. Thanks go to the Centenary Committee and club volunteers to whom many of these events would not have been possible.