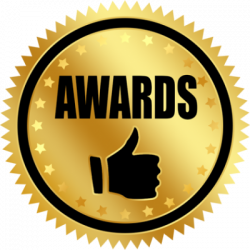 Every year Berkshire awards one junior boy and girl the Maning Davenport Award, which is a commemorative plate and comes with a bursary award of £300.

The award is also given to 2 players nationally each year and the background to the LTA award is given below;

The Manning Davenport scholarship has been operating since 1994.  Joyce Celia Manning set up her trust on her death to benefit young performance tennis players. Under the trust, a proportion of the income is to be applied in scholarships to be awarded annually to British junior players who in the opinion of the LTA would benefit from the receipt of such a scholarship.

The players who are chosen must show talent and promise and the scholarship would assist them in achieving excellence in competitive tennis at a National and International level.  The scholarship may be used to provide assistance to a player with his or her tennis development in GB or abroad and for travelling expenses in connection with tennis development and for the provision of tennis equipment.

The criteria for the Award in Berkshire is;

2020 - Bradfield Performance players Daniel Joita and Isabella Makuch are the two recipients of the Manning Davenport Award this year.