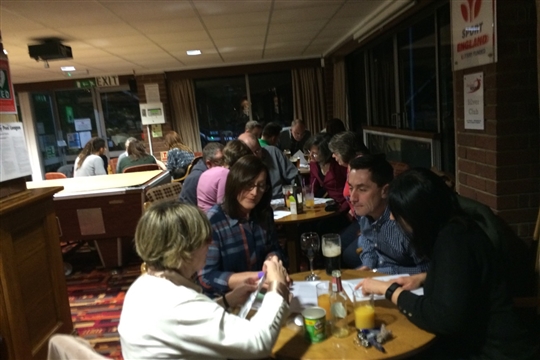 There was a competitive edge off the court at the  recent Quiz Night. The event saw 7 teams battle it out for intellectual supremacy and it was a very close fought competition.

Only 3 points separated the top 4 teams and it was only after a tie break that The Golden Baldies claimed victory. Team Masala Fish brought up the rear and they went home with the wooden spoons.

The event, organised and hosted by Steve Leafe, raised almost £150 for club funds and saw a healthy amount taken at the bar.

Many thanks to Steve for his time and effort. We look forward to the next quiz in the autumn.