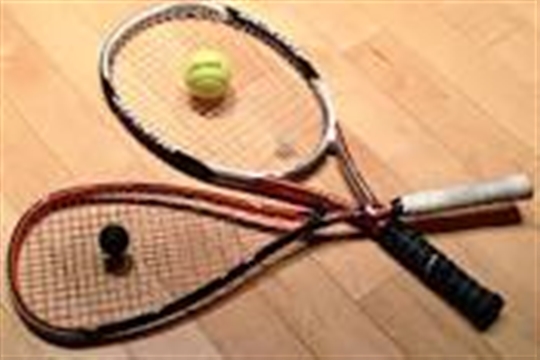 What a great season! The successful integration of the Repton squash club players has lifted Burton to the overall strongest performing Derbyshire League club.

First place in the league section of Derbyshire Premier was achieved by Burton for only the second time in the club’s history. Great performances by Paul Stroud, Owen Whitfield and the two ex-Repton lads Mitch Cook and Simon Price has been the key to our success. Only the late injury to Owen Whitfield de-railed the premier league play-off campaign. This was a great swansong captaincy by Colin Morris, who has stated his intention to stand down as captain at the end of the season. This will create a good opportunity for our young guns Owen Whitfield and Nick Lathbury to become involved running the first team next season.

An excellent performance by the team saw them finish second in the league behind a very strong Duffield second team, culminating in a superb victory away against the league winners Duffield 2 in the last game of the season. The ever-present Adrian Murphy at the heart of the team was key to our success, and a great job by the combined captaincy of Rob Lathbury and Sam Marsden.

Runaway league winners due to the support of Adrian Murphy at the top of the order and widely varied squad pulling on the strength in depth within the club created by the introduction of ex-Repton players Simon Evans & Jon Kirtland.

Club Chairman Shaun Baxter took on the captaincy for the 4ths. What a great job finishing 3rd in the league, narrowly missing out on runners up spot by a couple of points, going down to the very last game of the season. New boys to team squash, the rapidly developing duo of Mark Dawson & Jack Whitfield have been the key to the 4th team’s success. Also, an excellent cup run saw the team finish runners up to league champions, Ashbourne 1.

Andy Rowley and Seb Castel joined forces at the start of the season to enter our newly-formed 5th team. Excellent performance levels from Paul Richmond and Jason Morton resulted in the runners-up spot and the opportunity, through promotion, to further test all of the squad next season at a higher level.

The evergreen Desley Smith and Pauline Pelech led the Ladies to a respectable 3rd place and mid-table position.

Paul Askew led an excellent campaign in the Leicestershire league, which gives an opportunity for the keen squash players to play a lot more competitive squash and travel to different clubs. The Leicestershire league is a well-organised league where ranking levels are taken directly from the squash performance website ‘Squash Levels’, which adds additional interest to the season.

The first team ended in runners-up spot for the 3rd time in the last 4 seasons, a sequence broken by last year’s league victory.

Our second team ended up a respectable 4th place led by an excellent performance by Lewis Baker, finishing top of the individual player rankings. Plaudits go to Dick Lathbury and Dave Elliot for organising the teams.

The summer season is now underway and the culmination of our season is due on Saturday the 28th of April with Finals Night at the club. Next season, we hope to increase the activity level in team squash with the introduction of a new 6th team, which will allow opportunities for new blood to enter into inter-club competition.