Successful Tennis for Kids Sessions Draw to a Close 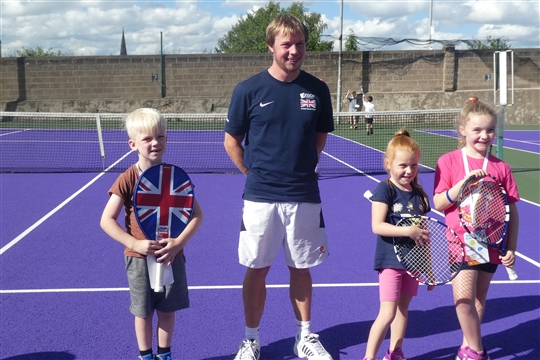 After 12 weeks the last Tennis For Kids session concluded on  July 20th. The country-wide LTA initiative saw 20 kids, all of whom were completely new to tennis, receive 6 hours of free coaching and a free specially designed racket.

During the lessons the kids were taught not only how to hit forehands, backhands, volleys and serves but also took part in an exercise that Andy Muarray himself practises. They also learnt new games to play at home. On the very last week the parents joined in, and the children are tasked to teach them everything they had learnt and play some fun matches in a team together.

“This is the second year we have run these courses and, with more booked on than last year, it is great to see so many children wanting to try tennis for the first time.” said Level 3 coach Duncan Coates who runs the courses. “With British tennis doing so well with players such as Murray and Konta setting such excellent examples,, it is important that we get as many young players into the game while they have role models to look up to.”