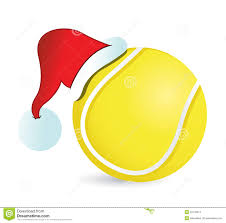 Here is a somewhat belated list of the successful players from the Club Championships at the end of September! The weather was pretty awful for the Finals day but thanks to some very hardy helpers we managed to get through all of the matches scheduled with a small visit to inside courts at Repton. It really was sterling work by players and organisers. The results were as follows

The ladies completed a successful and sunny visit to Spain for the first weekend in Octiber and are already planning on going again next year on the same weekend, keep your diaries free if you are interested! Meanwhile the men too are looking into going in March to the same area with more emphasis on football watching as well as tennis. Please get in touch with Mark Jones if you are interested and would like more details at jonesdm@supanet.com

A quiz has been organised on February 8th at the Golf Club which is £8 per person including supper. Can you put this date in your diary and details will be posted closer to the event.

Great to see your Christmas Party photos on Facebook from the juniors up to the adults it is lovely to see people enjoying each others company brought together by tennis!

Have a Happy New Year and Lovely Christmas!!!!