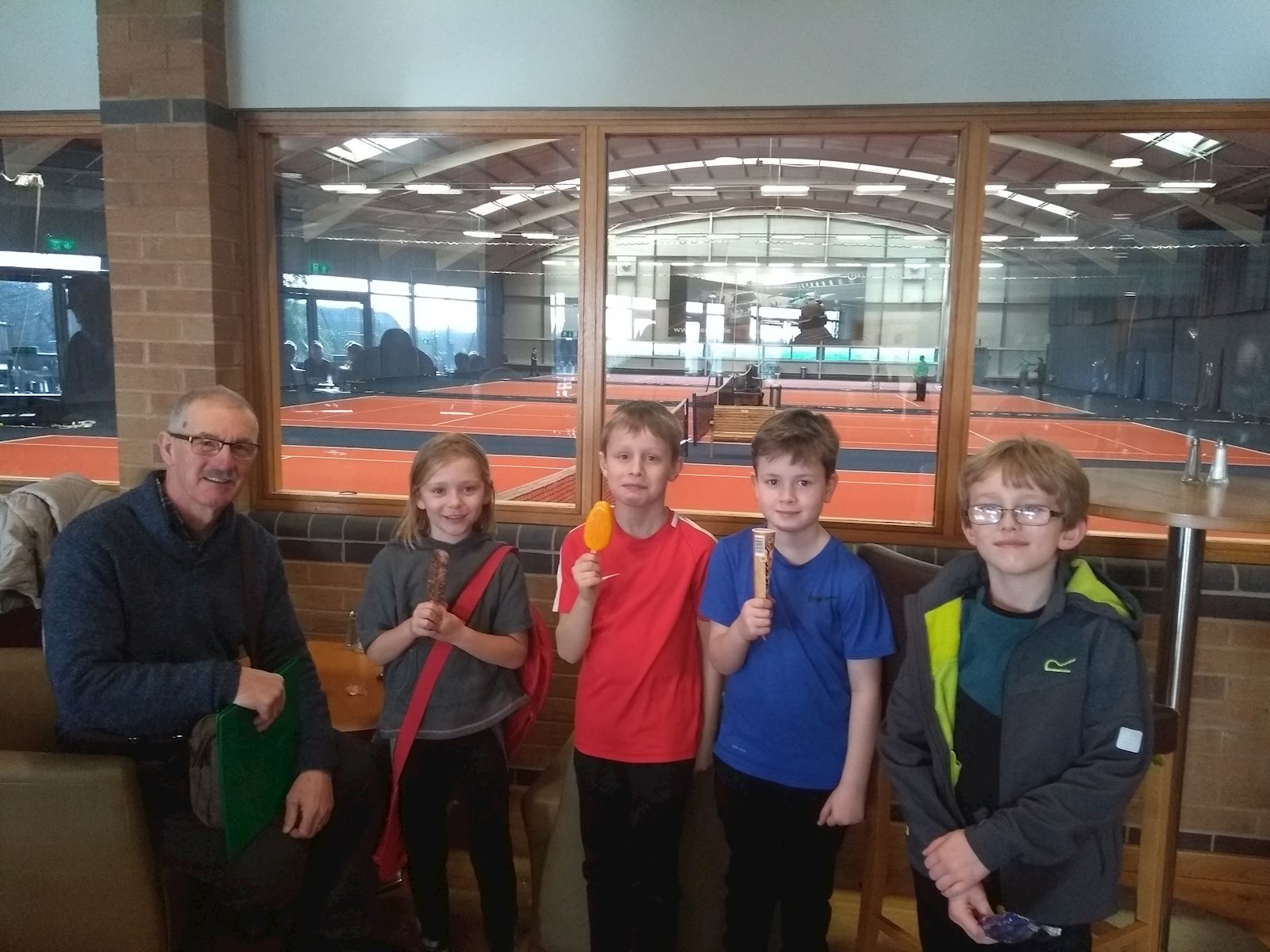 Everything comes to those that wait! Or so the saying goes. On Saturday 9thFebruary Lanchester Under 8 tennis team proved this to be true as they were victorious in their winter league match against David Lloyd Blitzers at David Lloyd, Teesside. Following their encouraging performance in January with a battling draw against Tennis World in their previous match, the team’s hard work and practice paid off with an impressive 11 sets to 5 win. Head coach, Sam Stokoe, described the win as “awesome” considering the different sizes of the two clubs, and the team now look forward to their next match in March. The photograph shows the team of Luke Burton, Liam Morrisroe, Molly Reeks and Jonathon Laing enjoying a celebratory ice cream after the match with coach Dennis Laycock. Luke still tops the league rankings with the others not too far behind.

Junior coaching for the under 8’s is continuing indoors at Langley Park Primary school on Monday evenings from 5pm. Full details can be obtained from head coach Sam Stokoe (Sam@dctp.org.uk or 07493032229)