The club was founded in 1886 and has a proud unbroken history record of 135 years, having been in occupation of the same grounds throughout its existence; a record equalled by very few clubs in the world.

It was founded within a few years of Wimbledon, which itself relocated from its existing site to new larger grounds in 1922, where it still is today.

The grounds form part of the Spencer Estate, the first agreement being signed between the fifth EarlSpencer (called the Red Earl) and the founder members of the committee.

On looking back over this long period, the original committee are to be congratulated on their foresight in securing club grounds which are unique in that they occupy an area of 14 acres including two lakes.

The lakes were originally used for fishing and boating and in 1903, a portion of the larger or upper lake was adapted for bathing purposes, with the later addition of a children’s paddling pool and sandpit. The whole area was surrounded by lovely wooded walks.

Until 1932 the clubhouse consisted of an open thatched shed. It was then enlarged to include wooden dressing rooms. Unfortunately, during the 60s & 70s, the club frequently suffered at the hands of vandals who succeeded in destroying the boathouse, the bathing huts, punt, picnic tables and finally in 1977, the thatched clubhouse was gutted through fire.

This saw the club on the brink of financial ruin, but with some limited compensation funds, nearly all of the club’s liquid assets along with the participation of its members, the present brick Clubhouse was built. This incorporated the social and changing facilities all under one secure roof.

From the very nature of its lovely surroundings and four separate grass courts, the club was for many years noted more for its social amenities than for a high standard of tennis! This continued until the original grass courts were converted to hard surfaces to bring all year round play.

As long ago as the 1950s, the club’s records show that a bypass road threatened to cut the grounds in half. In 1980, negotiations for the compensation to the landlord and club began. Once again with the benefit of Earl Spencer’s generous support, together with agreed accommodation works and considerable member support, the club was transformed with the addition of three new courts, including floodlighting to two.

Since the 1980s the club has developed to how we know it today with new court surfaces and all courts having floodlights.

Extracts taken from the 1983 official opening programme of the new courts. 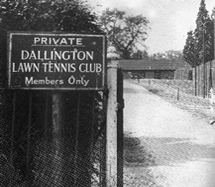 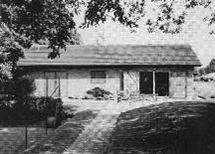 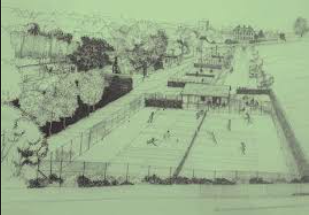