We are delighted to announce that Peter Neathey has been honoured with a Lifetime Achievement award by the LTA.
This is in recognition of his dedication and contribution for over 30 years.

His particular interest in developing young talent has resulted in inspiring numerous successful junior players during the course of his career, coaching them to county standard and above, with some impressive names to his credit. 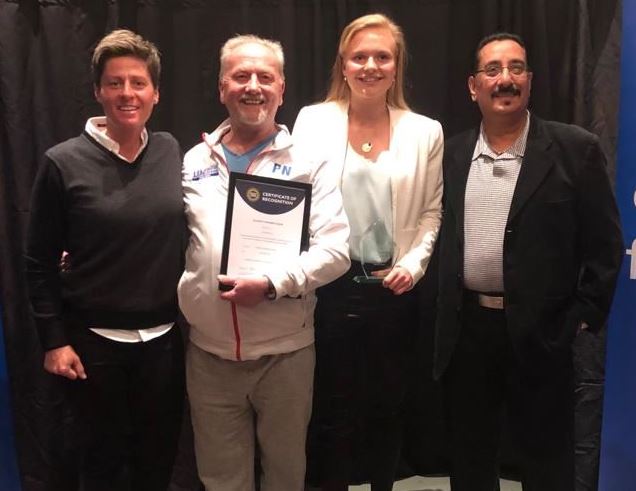 Harriet, who has twiced graced our Elmwood courts in recent opening ceremonies, is part of GB's Federation Cup Team facing Kazakhstan at the Copper Box Arena in the Queen Elizabeth Olympic Park on 20/21 April 19.
The GB team is captained by former GB number 1 Anne Keothavong - another of Peter's former pupils.
Do come and support them at this prestigious event.

We would also like to congratulate Elmwood member Ruben Michaud on being selected to represent Middlesex in his first county match this month at the age of 9yrs.