Singles Box Leagues were first introduced in 2013 to give adult members an opportunity to play more singles tennis. The leagues cater for a variety of playing standards and hopefully you should find yourself in a league with players of similar ability. If you want to be included in subsequent box leagues, please contact us at [email protected].

Entry for the Box Leagues is available for all membership types. If you have weekday daytime only play membership you must play your matches on weekdays (daytime) only.

Box league tournaments consist of leagues of around 6 players. Each tournament lasts for two months ending on the last day of the month. All match scores should be recorded on the Leagues section of eBookingOnline.net.

The Box League system is run by ebookingonline.net.

If two players have arranged to play a match and one must pull out for any reason, every effort should be made by both parties to re-arrange the match. If this is not possible, then the player who must pull out concedes the match 8-0 and both parties will receive 2 points for playing the match.

When new players join the box league, the committee will try to place them, where possible, in an appropriate division. All playing standards are welcome.

If you are unable to compete in a league due to injury or other reasons, you must let the organising committee know by e-mail. If you have played 4 games or more your scores will stand in those games, and where you have not yet played games, the score will be deemed to be 8-0 to your opponent and both parties will receive 2 points for playing the match. If you have played 3 games or less then all your scores will be scratched.

You must let the committee know if you do not want to be included in the next tournament league.

If you are not in the current box league and want to be included in the next one, or f you have any queries or issues with regard to the box leagues, please contact us at [email protected]

You must log in to eBookingOnline.net. You should see the following: 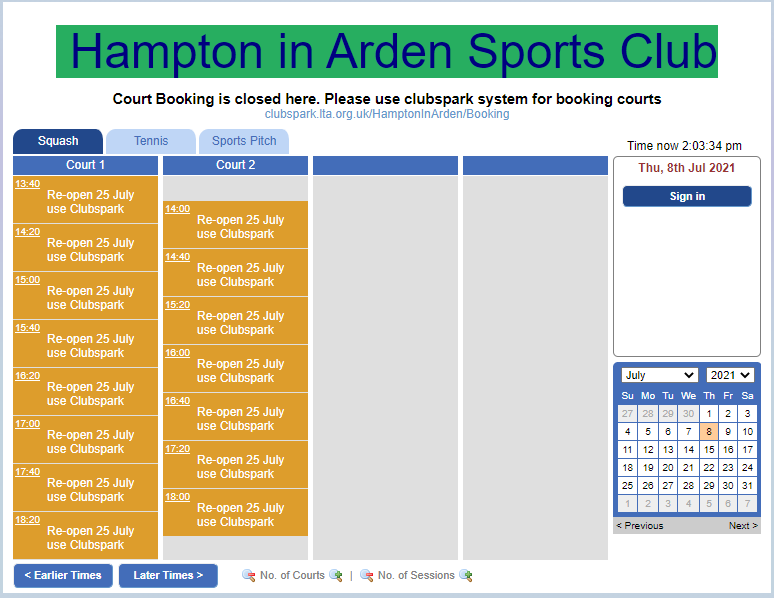 Click on the Sign In button and enter your Id and PIN. If you don't have an Id and PIN please email: [email protected]

Once you have logged in, a new Leagues button will appear. Click on it to view all the leagues. 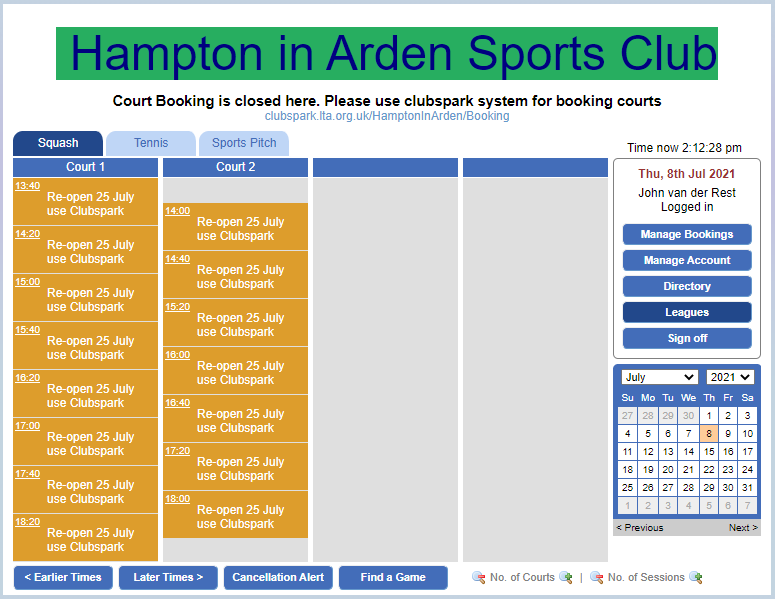 There is a drop-down list at the top. Select the league you are playing in.

Click on the empty box where your name intersects with your opponent. You will find that you can enter a number of games.