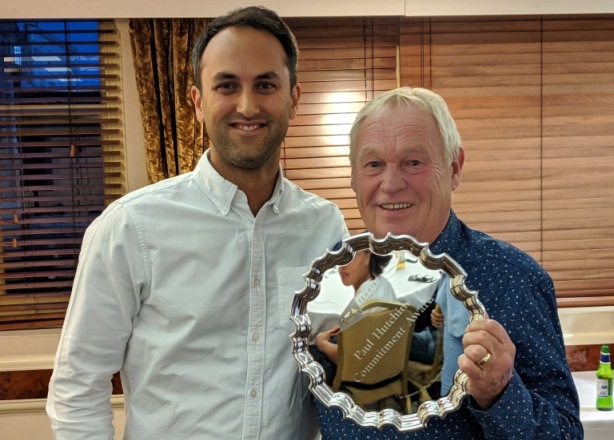 Tony Lawson from Holcombe Brook Sports Club has been presented with the Paul Hutchins Award for his commitment to LTA Team Tennis.

Tony, who has been the captain of Holcombe Brook’s adult teams since 1993, was presented with this new award in London ahead of the Team Tennis National Finals which take place this weekend.

The Award is named after former Great Britain Davis Cup Captain and Head of Men’s Tennis, Paul Hutchins and was presented in recognition of 26 years of effort and commitment from Tony to the club’s adult teams.

Tony is pictured (right) receiving his award from Blake Hutchins, who presented the Award in memory of his father.