Promotion for Kempsey's Men's B team after an unbeaten season! 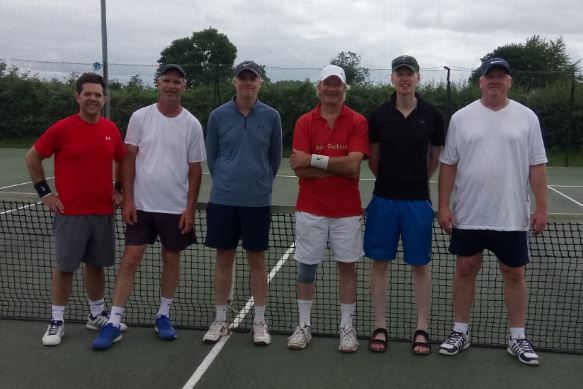 Men's B finished the summer season top of Division 9 East after an impressive campaign that saw them drop only 4 rubbers.

Wednesday 24th July saw the team play their final match of the season, away at Hallow C. Looking to guarantee 1st place, the team got off to a great start, winning all three of their first round rubbers. The second round of rubbers all went Kempsey's way, resulting in an end scoreline of 6-0.

The win means Kempsey finish top of the division, having won all 6 of their matches and having only dropped 4 out of 42 rubbers.

Well done to all those who played over the course of the season!