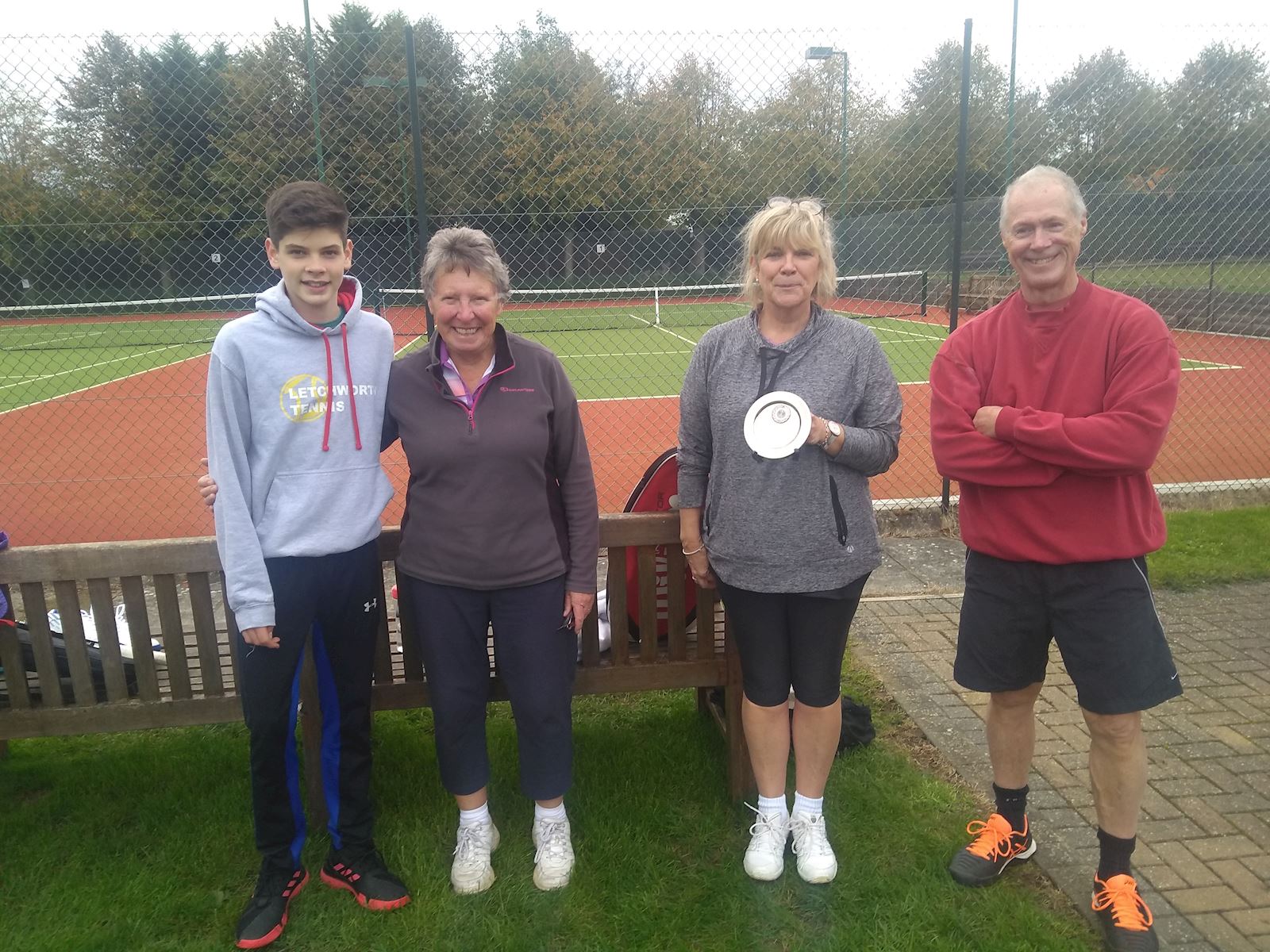 Fortunately with tennis being a non contact sport and the Club having outdoor facilities, we have managed to keep going throughout the summer and autumn keeping a watch on the national tennis regulations and carefully following them.  With 2 all-weather courts recently installed it has had to be only the worst of weather conditions that has kept people away. This has been good for our many new members. Thanks to enough members volunteering to go on a Clubhouse cleaning rota we have managed to partially open the facilities.

An obvious recent change has been the felling of the conifers between the courts. Their roots had caused significant damage to our lower block of 2 courts and prior to resurfacing those two it was necessary to deal with the problem. Replacement trees will be planted in the winter with root guards to prevent further damage.

We have had an influx of new members, but have not as yet been able to offer the full range of our normal activities. However we are able to offer most in a slightly restricted fashion.

For those interested in finding out a bit more about the Club they can either look at the website  www.knebworthtennisclub.co.uk  or contact us by email  [email protected]