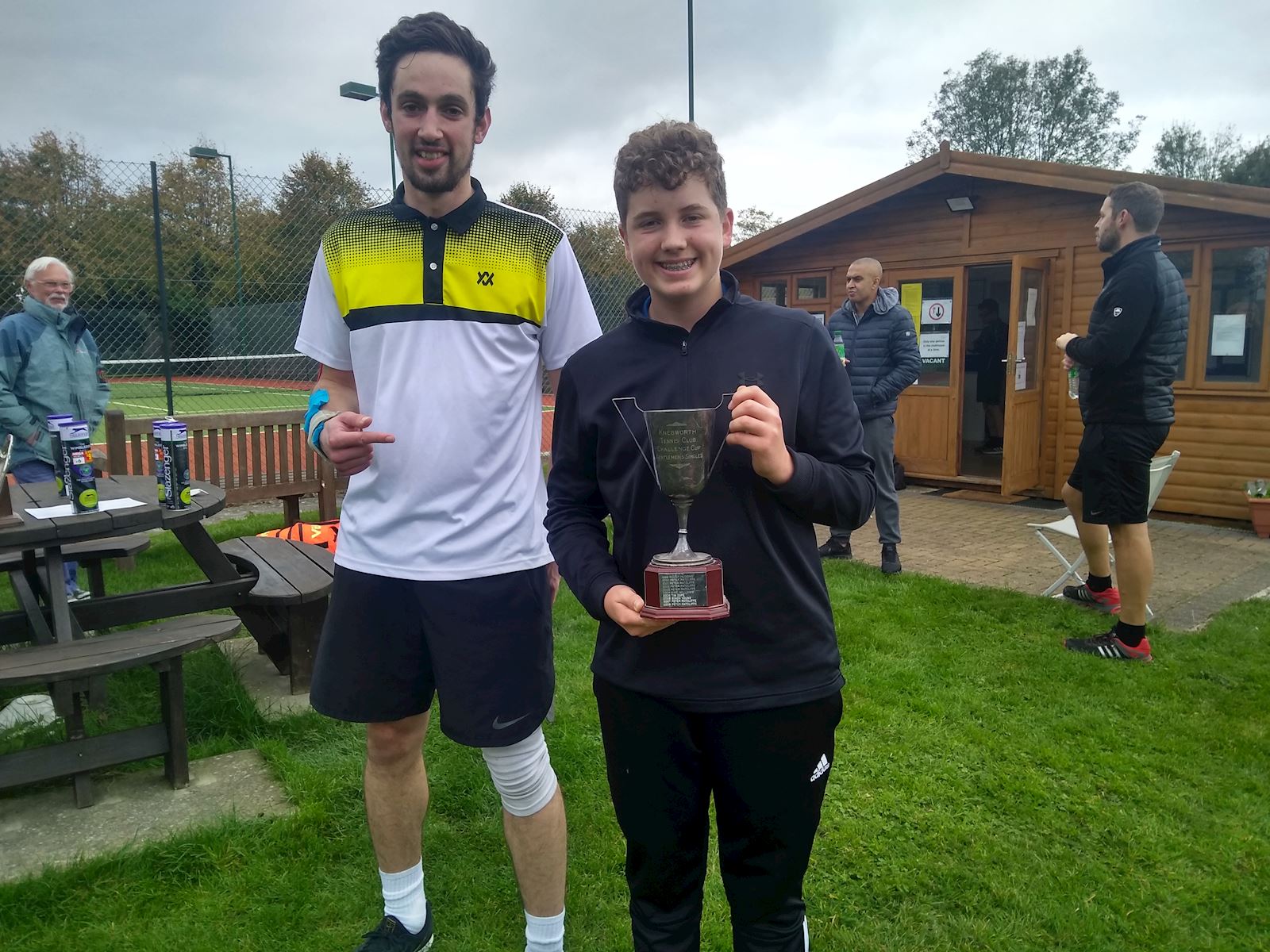 The COVID delayed Knebworth Club Championships took place on the 17th October and despite colder conditions (the final is normally in July) and a reduced number of members allowed to spectate it was a great day with some superb tennis. The highlight of the day was the much-anticipated Men's Final clash between John Paul Knell and Liam Baldiwn; JP won the first set narrowly on a tie break and despite tireless running from Liam he was able to win the 2nd set and the championship in what was one of the best Men's finals for many a year. Geertje won the Ladies final against Jenny Holland who has only recently joined the club and put up a good fight, Geertje has been in the final for many years in a row and her experience showed. Boris & Dan Hat won against Liam & Brandon Baldwin, both brothers would have been tired from playing other finals earlier but it was a well-deserved victory for Dan & Boris. In the Men's plate singles Brandon Baldwin beat Pete McGinn and Sarah McKie and Peter Ratcliffe beat Jane & Callum Ritchie. Callum was the youngest finals contestant that we can remember at 13 years old and his behaviour on court was very admirable and I'm sure he will be back! The ladies plate doubles was played at a later date (24th October) and was a very long and thrilling match that went to three sets with Jenny Holland & Lisa Johnston narrowly beating Liz Jarvis & Seona Thomson.

Below are the winners with some matches still to be played once COVID rules allow.

Still to be played