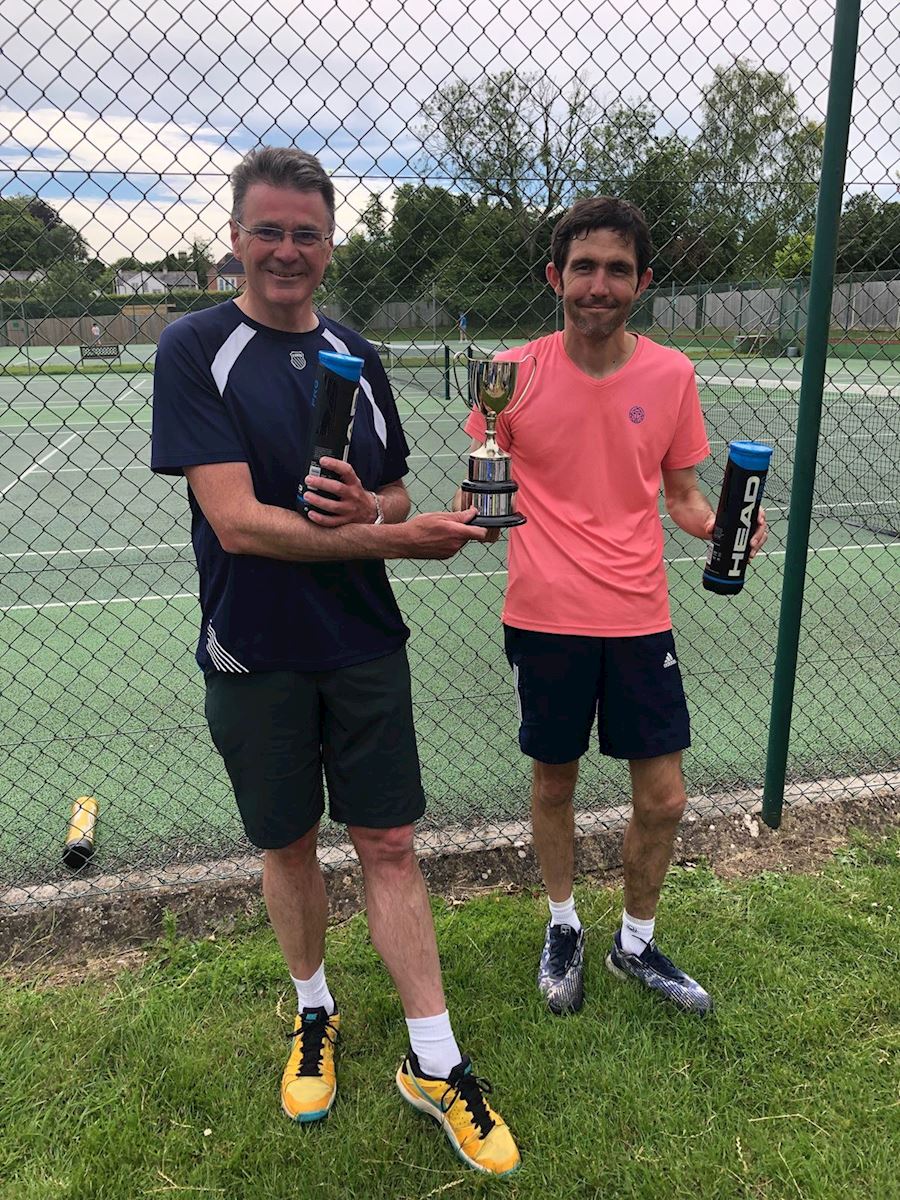 The Club's Annual Tournament Finals were played in sunshine on Saturday. - apart from the Men's Singles which will be played at a later date.

It was good to see the Annual tournament being well supported this year after last year's Covid Cancellation and the standard of play was as high as ever.  Entertaining matches were enjoyed by the spectators. Photo shows Wayne and Ben, Men's Doubles Champions.