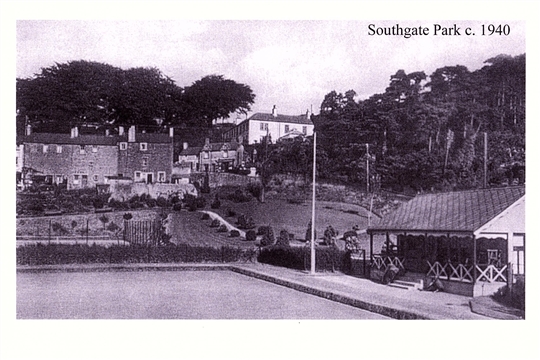 Llantrisant Tennis Club was formed shortly after the construction of the park at its Southgate location in the 1930’s. Unfortunately, very few records of the early years of the club still exist but it is known that Lieut. Thomas J Wilkins of pontyclun won the men’s singles trophy on two consecutive years but he was sadly killed in WW2 in Normandy 1944.

In the 1970’s, Dennis Pitman and a few other dedicated members began a volunteer coaching programme which over time led to a strong playing base with almost all local players that gained six successive promotions eventually leading to winning the South Wales doubles league title and beating the “big boys” of Cardiff and Swansea – a truly remarkable achievement.  With the growth of the club, the original two courts were insufficient to meet the clubs’ needs so in 1990 after much wrangling with the Council, four floodlit courts incorporating a multi-use game area was built on land just west of Park View. However, it very soon became apparent that the surface quality and exposed location of the courts was far from ideal as the slightest gust of wind felt like a gale and the playing surface rapidly deteriorated.  The club swiftly relocated back to Southgate Park. In 1995 thanks to the hard work and dedication of a few club volunteers, a third court was added and floodlighting was installed with help from RCT Council, Tennis Wales plus further grant funding.  The club continues to this day, to be managed by a group of volunteers who do a magnificent job often unnoticed but certainly appreciated. In 2016 Tennis Squad was engaged to take control of coaching and with their help and guidance the club continues to thrive.

A folder containing pics, press cuttings and club documents is kept in the Cabin where members can browse and get a flavour of how the club has changed and grown over the years.