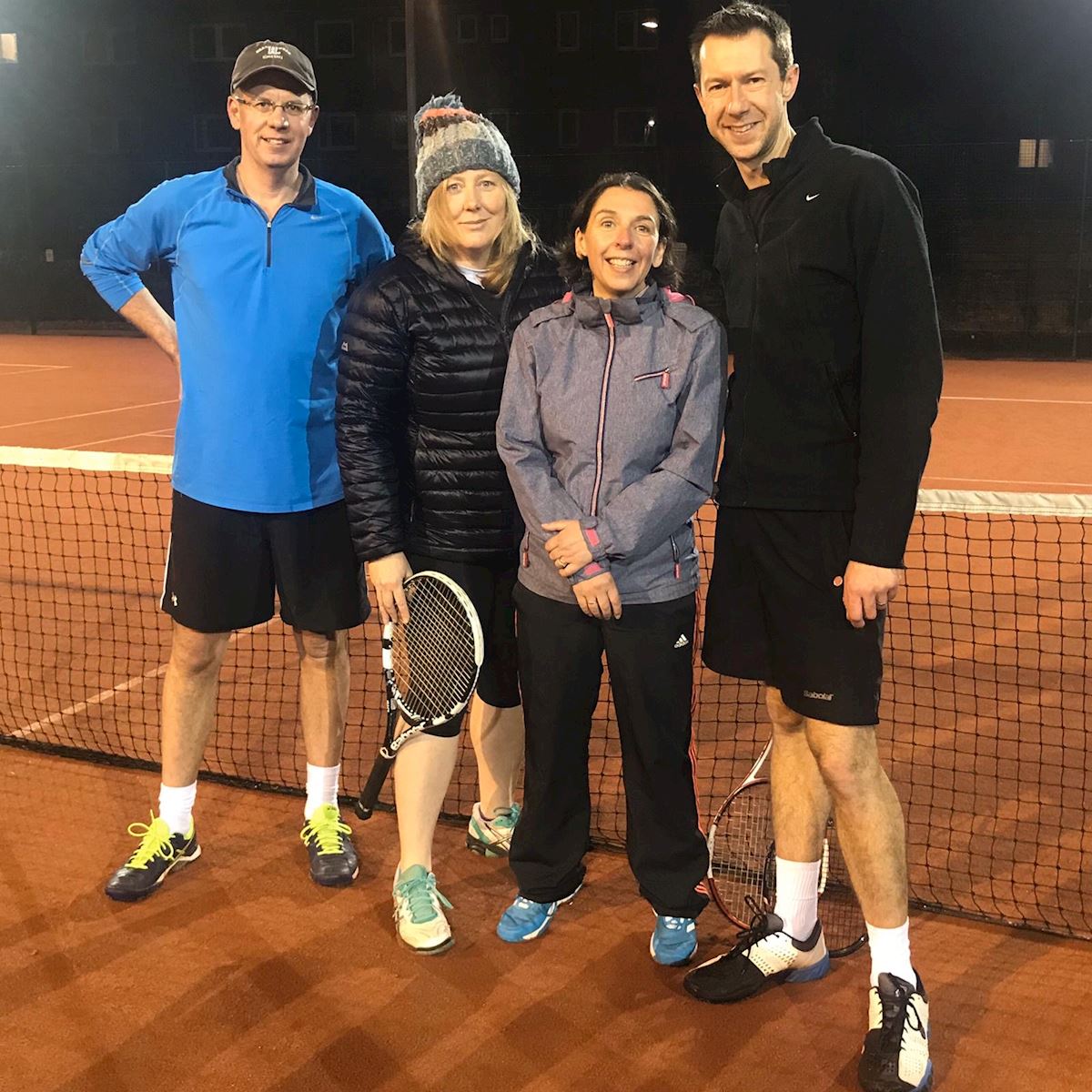 Mixed team competed and won their division and then won the cup final against Musselburgh Tennis Club in November.

Cup final was a tight match with Mortonhall team of Ruth, Fiona, David and John eventually winning all 8 sets in the cold and dark!