50th Anniversary Celebrations and the next 50 years… 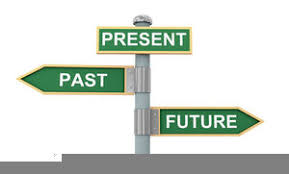 A Celebration of 50 years

Two big events in September helped celebrate the clubs 50th Anniversary and started the discussion about how the club could support tennis in Liss for the next 50 years.

The Club Championship came to a conclusion on the 7th September with Finals Day and a formal celebration of the Clubs 50th Anniversary. This was swiftly followed one week later by the 50th Anniversary Tennis Festival.

Both events were fantastic and thanks to the efforts of club members they also raised over £2000. Together with fund raising from the 2017 Tennis Festival and 2018 Tennis Marathon this was another fantastic effort by club members and represents another significant sum that can in time be invested in the club and its surroundings.

A Vision for the Next 50 years

The two September events, as well as being a celebration of the past 50 years, also started a discussion about visions of the future – which essentially comes down to:

The committee do not have a monopoly on ideas and so on Wednesday 23rd October all members were invited to a “Thought Shower” or “Ideas generation” session at the Spreadeagle Pub. The plan for the evening was to collectively start to think about what we could do. If there were no barriers and no impediments – what would we like the club to look like?

You can read about some of the ideas this session generated here.

In addition to the thought Shower, members of the committee have also been busy investigating what other funding sources might be available – notably at a “Meet the Funders” event in Petersfield hosted by East Hants District Council on Monday 21st October.

Although the club has made some fantastic efforts in raising funds in the last few years, it is unlikely that on their own these funds will be enough. Additional funds will be required. Therefore, the club  has already started work to investigate what other public and private grants and funding sources may be available to match those raised by the club and the meeting at EHDC was the first step in this process.

This won’t be a quick process. However, there are some obvious next steps that the club can pursue.

Having a clear vision of what we want to do will be essential if we wish to apply for grants to boost funds raised by the club. Any grant application that the club makes will have a better chance of success if it can describe why it is needed, who it will benefit and how much it will cost.

Therefore, one of the immediate priorities will be to identify one or more people with design, architectural, building, landscape experience who can help the club articulate this vision so that ideas can start to be costed and prioritised in collaboration with the Trust and other interested parties.

As you are aware the committee are volounteers and we do not have these skills – if you do, or you know of someone who does and they would like to help then please let us know.

We could really do with and would really appreciate your help - liss.tennis@gmail.com