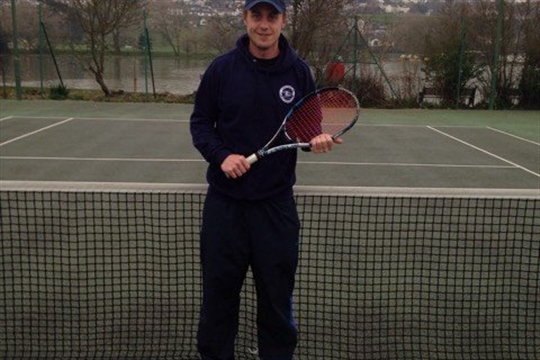 Mike has been playing tennis for 12 years, reaching number 8 in the men's Avon County. Mike started coaching at PLTC in 2006 helping both juniors and adults to improve their game.

In 2009, Mike increased his coaching qualifications and moved as a full time coach to David Lloyd Bristol where he worked with top county, national and international players. Mike also played national tier for David Lloyd's which is the highest standard in National Club League.

In 2010, Mike moved to Clevedon Lawn Tennis Club as club coach and spent 2 years learning how to run and organise an outdoor club programme for both juniors and adults alike.

Mike returned to PLTC full time in 2012 and has since developed junior and adult coaching programmes to suit all ages from 3 years plus.

More recently Mike was runner up in the North Somerset Men's doubles. He has also competed internationally in the PTR Championships in America for the past 2 years.

Mike was also the Runner Up Children's Coach of the Year in the Wesport Awards presented at the West of England Presentation of Sport Evening 2013.  He was nominated for the award by the parents and children he coaches at Portishead.