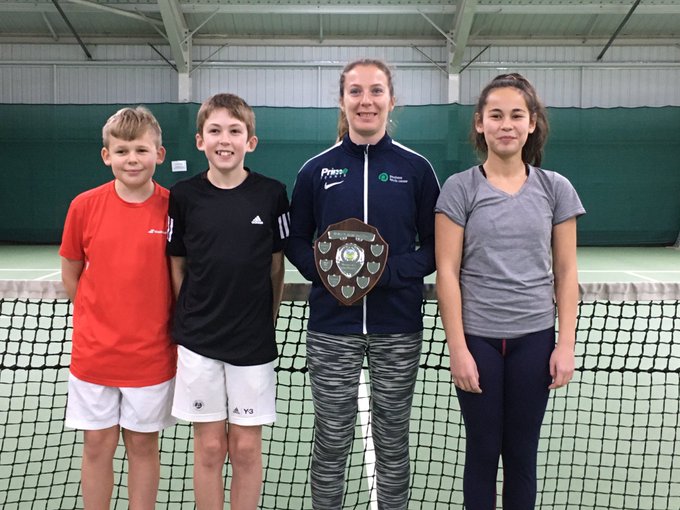 Under the captaincy of Pershore Coach Jazzamay Drew, who was courtside throughout, the 12U mixed team of Jack Bulbulia, Alfie Mills and Ruth Teale came through to take the title it was an early start with a team warm up at 8:30am in Malvern. Pershore started the day beating Stourport 4-0, then followed up with more strong performances beating Hereford 4-0, Redditch 4-0 and Manor Park 4-0. Pershore proved to be too strong and retained the County Championship.