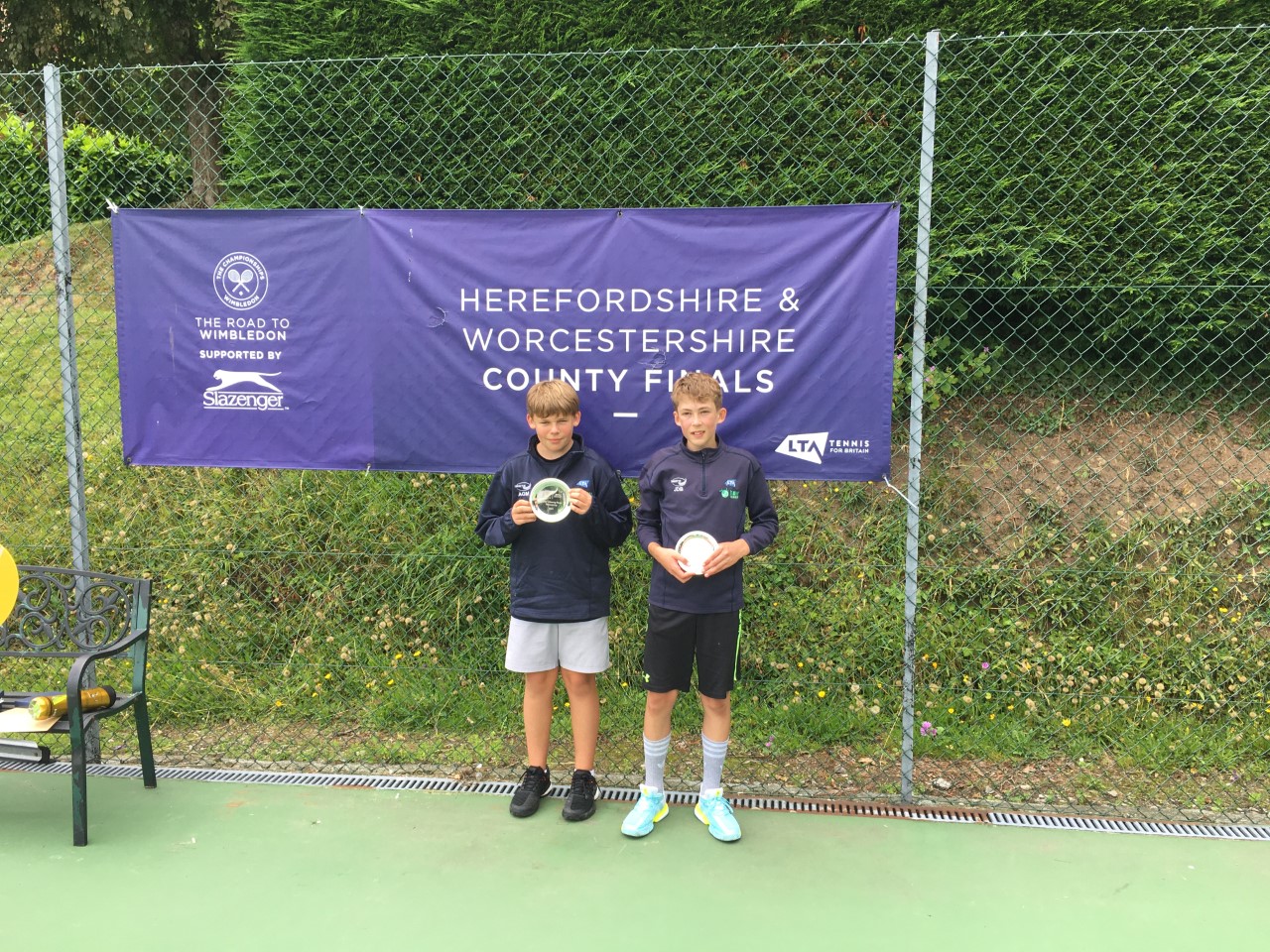 Congratulations to Jack Bulbulia and Alfie Mills from Pershore Tennis Centre who met at the County Road to Wimbledon Final at Manor Park last weekend.

Jack Bulbulia was the winner and now gets to represent Herefordshire and Worcestershire at the National Finals which will be held over one week on the grass courts at Wimbledon in early August.  Jack said:

“I was very pleased when I won and I can’t wait to play on the tennis courts at Wimbledon, the home of tennis. It is going to give me the opportunity to play against other good players on the big stage, but most importantly I want to enjoy this experience.”