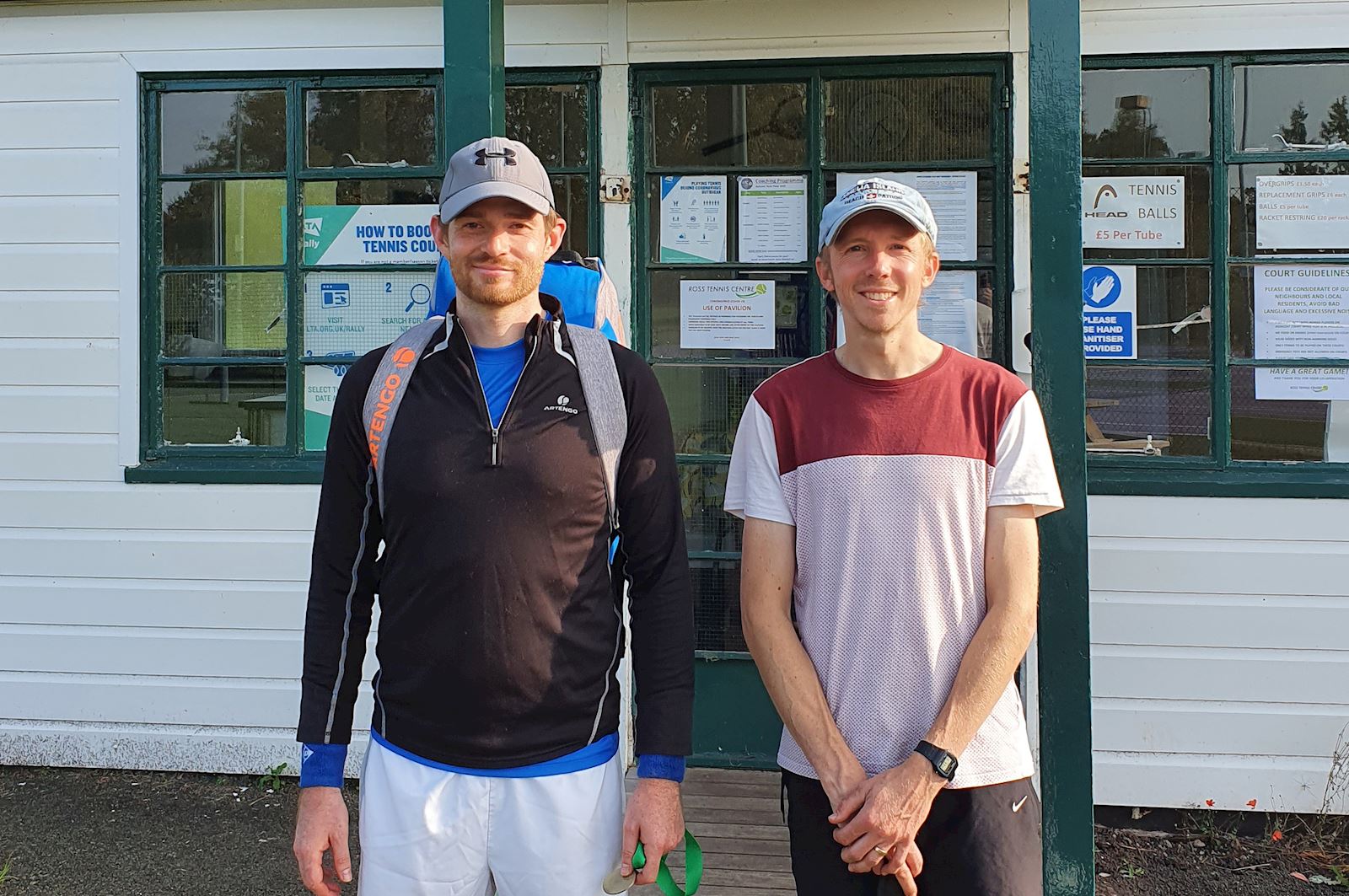 A great effort was made by all players during our Men’s singles competition on Saturday 19th September. Players competed in a round-robin box league, with the player with the most match wins becoming the champion.  Thank you to all the players who entered and played during a hot and windy afternoon at RTC.  After some great matches Ross Tennis Centre members David Cartledge (pictured on right) and Rob Jordan-Deering were our finalists, with Men’s first team player Rob winning 4-1, 4-2.