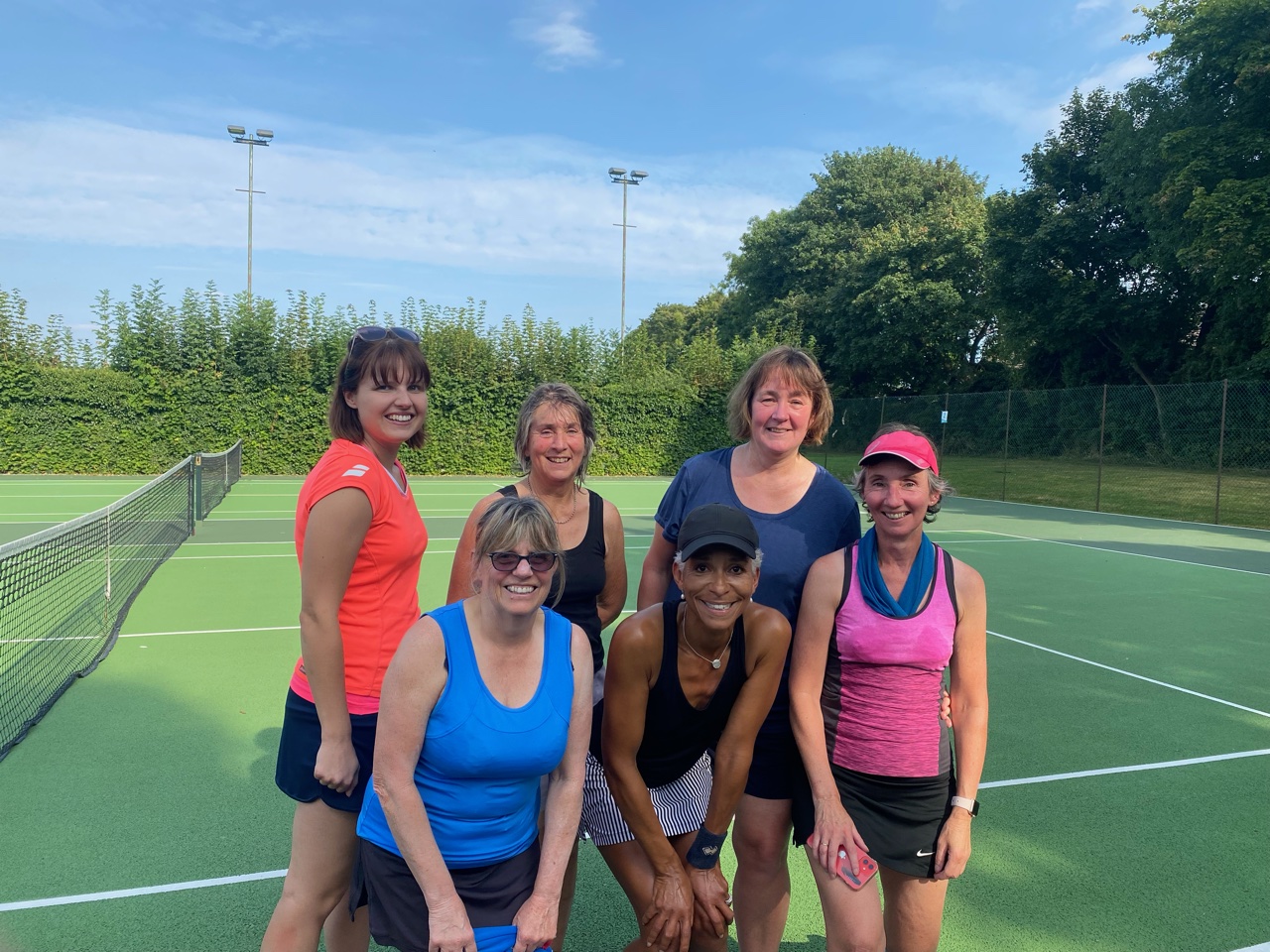 On a gloriously sunny day the Ross Ladies A team travelled to Wall Heath for the last match of the summer 2021 season.  Inspired by the fantastic performances from Dan Evans and Emma Raducanu at the US Open, they were determined to finish the season hard.

Playing first pair were Val Davies and Jane Pepperell who saw off the first pair of Wall Heath with stiff hitting and only dropped three games.  The ladies second rubber was a tighter affair, and the Ross pair lost the first set on a tie-break.  However, they stood tall to take the second set 6-1 and then won the match tie-break.

Second pair for Ross were Sarah Drake and Gaynor Raine who stormed through the first rubber with firm shots from all over the court.  The result went Ross’ way 6-1, 6-0 against  young opponents who suffered in the throbbing heat. Sarah and Gaynor geared up to play the tricky first pair but lost the first set, which was hard on the ladies. They had the tools to win the second set, however in a stonker of a tie-break it was Wall Heath who held firm and took the rubber.

Sandy Foulkes and Hayley Jackson were the last two members of the Ross team and played excellently in their first match against the second pair, only dropping three games, some of Hayley’s smashes hitting the shed! The youngsters were next in the firing line but Sandy and Hayley kept their eyes on the ball, were unbending in their resolve, and won 6-0,6-0.

A 5-1 win was a wonderful end to the summer season, these six players being the stalwarts for the A team, captained by Lynn O’Driscoll.  Well done ladies, who were all stiff as boards when they arrived home!