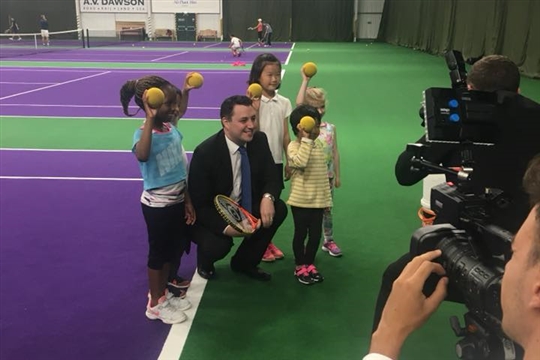 Middlesbrough Mayor said earlier today, I was given a tour around the upgraded facilities at Tennis World in Middlesbrough and had the pleasure of meeting Foster who built and opened the club along with his wife in 1986. What a great facility for young and old alike.

Hunters Estate Agents Sponsor of TW had an opportunity to meet Mayor Ben Houchen when he came to visit the new look Tennis World with its Wimbledon coloured courts.

The Mayor met with the founder of Tennis World Fos Garton and the kids thought he was royalty!

Watch this space for more developments to come!

Enjoy Wimbledon and the World Cup 🏆