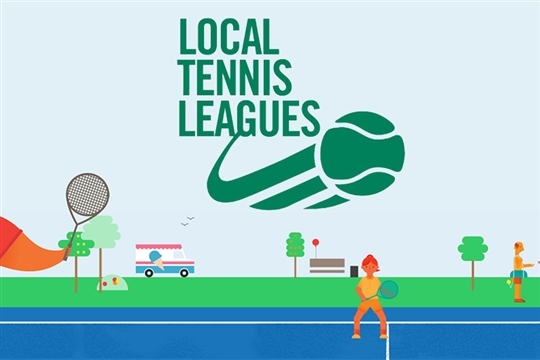 You are just a step away from joining our mixed-sex, singles league for adults (aged 18+).

If you have been meaning to get back into tennis or would like to meet new people to play, why not give it a go!

This is how it works:
* Players are organised into groups of up to 8 people of a similar standard.
* Contact details are emailed
* Players arrange their own matches
* It is a mixed sex, singles league, so men and women play each other
* You can play on any court that suits both players

The league is:
* For everybody!
* We welcome beginners as well as advanced players.
* Don't worry that you won't be good enough - playing matches is the best way to improve, and we    use an online questionnaire to assess people's ability so you play only people of a roughly similar level
* Affiliated to the LTA For adults aged 18 years and above

Key points:
* Matches are best of three sets; if a set reaches 6 games all it is decided by a tiebreak
* The evening before the round starts you will receive an email with all the contact details of the players in your group
* Players are placed in groups according to past performance in the league and, for new players, their Player Standard Questionnaire
* Each player attempts to play each of the other player on their group once during the round
* If you complete three matches before the midpoint of a round you receive 2 bonus points and a bonus prize (either a pair of Local Tennis Leagues dampeners, or a tube of tennis balls).
* The winner of the group is the player with the most points at the end of the round
* The winner of the group wins a certificate and tennis prizes
* Where possible, winners of groups are promoted to the group above for the next round

If you are a returning player who wishes to use existing credit please log in and use the token on your account page.

Please note, once a round has started no refunds can be made. Prior to the start of a round you may withdraw by contacting us. Your fee will be returned minus an admin charge of £2.50.

Players who join after the Monday deadline but before the round start will be included in the new round at the discretion of the organisers. If we can't place you in a group this time, you will be automatically included in the subsequent round (normal refund rules will apply).