My memories of the Coventry Blitz 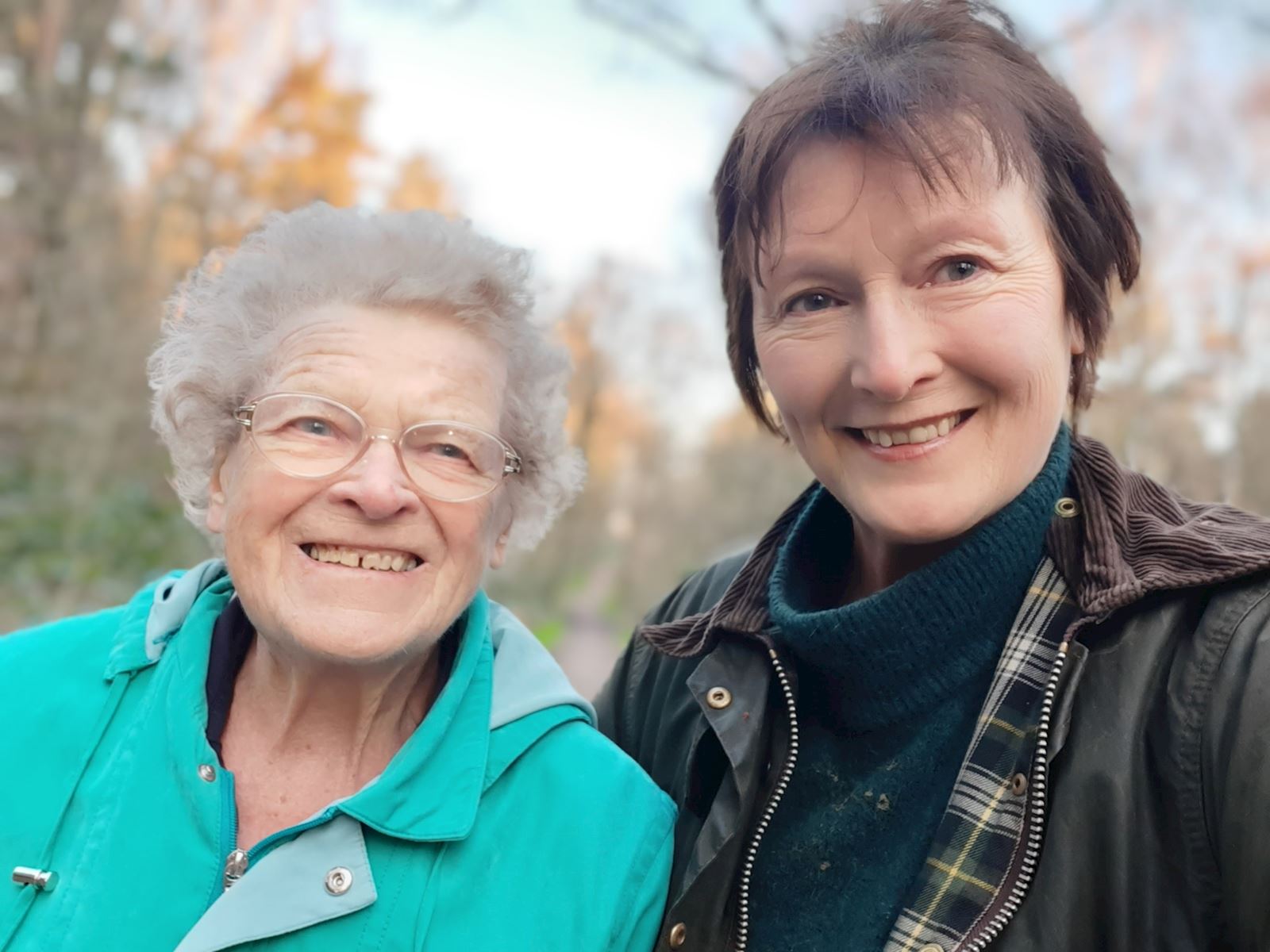 There were growing numbers of air raids in and around Coventry throughout the autumn of 1940. Every night the dogs started barking in our street well before the sirens sounded, and minutes before human beings could hear anything, so we all knew in advance when a raid was about to happen.

Every week, I’d see a few more gaps among the houses and shops on my way to school, where bombs had fallen the night before. One large house a couple of miles away in Earlsdon, the home of a well-known local seed merchant, was destroyed by a huge land mine, which was parachuted down and blew the house and everyone inside to smithereens. Almost nothing of it was left.

On November 14, I had just finished my geography homework. It was a cold, clear night. The sirens went off around 7pm and my father Priday got on his bike and cycled to Earlsdon fire station. He was 39 – too old to fight in the war – and worked at Lloyds Bank all day as chief cashier, then as an auxiliary fireman most nights. My mother Madeline, four-year-old brother Mike and I went down to the concrete shelter beside our house in Broad Lane, a mile or so outside the city centre.

The shelter was cold and dank, and although it was half-submerged in the ground, it wouldn’t have survived a direct hit. Mike slept on a flat deckchair slung between the seats. My other brother David who was nine, had been evacuated to our grandparents at Longhope in Gloucestershire.

The moment the raid started, huge incendiary bombs lit up the city. When we looked out it was like a giant firework display and deafeningly noisy, like constant thunder. The bombs seemed to be crashing down endlessly and the ack-ack (anti-aircraft) fire thumped and boomed in retaliation. Waves of bombers roared over, just as they had dozens of times before, targeting Coventry’s heavy industry, which manufactured a huge volume of weapons for the war effort.

The Germans also seemed determined to flatten the city centre. Up until then, the usual bombing sorties had lasted for a relatively short time but when these planes just kept coming, hour after hour, we realised it was going to be the worst raid we’d ever seen.

Dad was out all night. The moment the authorities realised just how overwhelming this night’s bombardment was going to be, fire crews came pouring in from all over the Midlands. Dad at first showed the crews from further afield where the standing water supplies were so that they could fill their tenders. They used water from ponds and temporary reservoirs that had been built on nearby commons and heathlands and even from ornamental lakes in public parks.

He later told me that burning cinders from a blazing building were blown into the eye of one senior fire officer from Birmingham but the man bravely refused to stop to get the wound dressed. He kept on fighting fires all night and encouraging his men, even though he must have been in dreadful pain.

One reason the damage was so dreadful was that the water supply failed early on after a German bomb hit the major water main between Birmingham and Coventry, entirely by chance. When the cathedral was hit and began burning fiercely, Dad and his brigade sprayed as much water as they could on it but without success because the supplies were running out fast. The reservoirs and natural lakes, like the one at Swanswell Pool near the bus station, were soon drained too. By morning the cathedral was completely burnt out, with piles of masonry from the spire and walls heaped up in the nave. There was a single charred cross of scorched wood still standing near the altar and this later came to symbolise the continuity of faith and the Coventry people’s refusal to give in to the bombardment that was intended to break their spirit.

The all-clear didn’t sound until daylight. We came out of our shelters, very tired because the noise and the constant reverberation from the explosions all around us had made it impossible to sleep. I looked down the lane and spotted an unrecognisable figure, pushing a bike. It looked like a ghost, grey from head to foot, face and hair completely covered in dust. 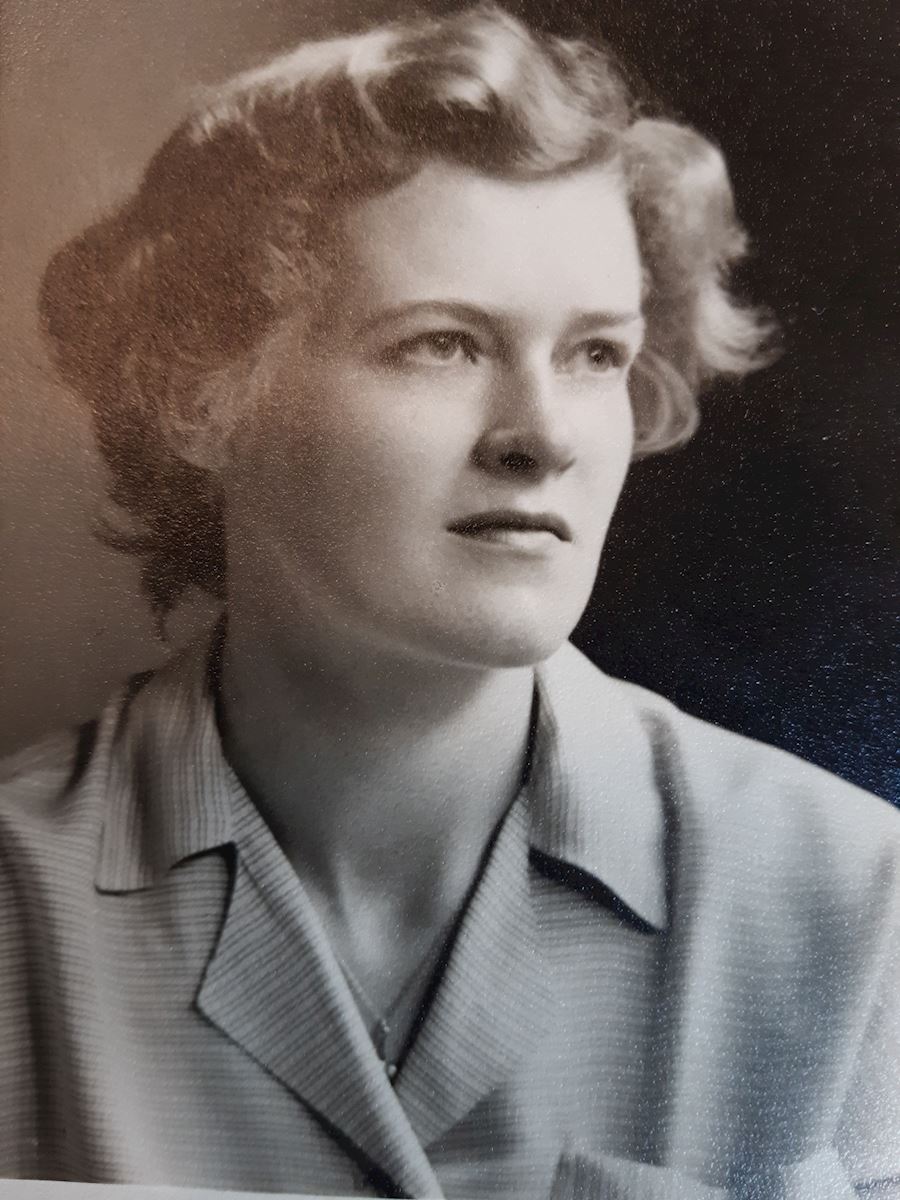 It was Dad who’d been on duty all night long and the heavy, black cloth of his uniform was soaked.  He was so exhausted he could scarcely walk and he told us that once it was clear there was nothing else to be done, he’d made his way home through the centre of Coventry on foot, climbing over piles of rubble. Most buildings were flattened and reduced to great heaps of bricks and dust, so it was almost impossible to see where the roads had been. Dozens of fires still burned among the rubble and Dad said that over one, a man was frying sausages for his breakfast.

“You won’t be going to school today,” he told me, grimly. Barrs Hill had suffered a direct hit.

Soon after the Blitz I went back to my school and was shocked at the damage. Everyone’s belongings lay in rows in the big hall. (I never had to give in my geography homework after that fateful night, of course.) Some of my books, my white shoe bag and cookery overall were there, the overall pocket full of broken glass from the blast. I still had my hymn book, atlas and textbook in my satchel – and I have them to this day.

There was no gas for days afterwards as the gas mains had been fractured during the bombing, but my mother, who was really ingenious and quite unflappable, never letting us see her looking disturbed or frightened, managed to produce hot meals and boil a kettle. She cooked stew and vegetables and steamed a treacle pudding, all in the same container, using a three-tier steamer, heated over a little two-bar electric fire laid on its side. She’d also cook sausages in a frying pan and make gravy with the pan juices and vegetable water, thickened with flour.

So much of the city centre was destroyed, including some of the shops and small businesses, that open markets were held on bombsites when the rubble had been cleared away. There were small corner shops dotted about too and whenever a delivery came, everyone queued for food, often with little idea what they were queuing for. Many people with a cat or a dog would queue for food for their pets first and then for themselves.

We prided ourselves on being self-reliant and although we didn’t go hungry, we never wasted a scrap of food. Sugar and sweets were rationed and the cheese ration was just 2oz a week, the amount you’d put on a single biscuit these days. I adored cheese, so my mother would make a little go a long way in a dish of (rather bland-tasting) macaroni cheese as a treat. Cheese is still my biggest weakness, especially really strong Cheddar.

Mum dealt with the food and the ration books. We had a big vegetable garden and Dad also ‘dug for victory’ in a large allotment in Earlsdon. He’d walk down pushing a wheelbarrow and return with it full of vegetables or fruit. We went blackberrying in Crackley Woods near Kenilworth, too.

Later in the war we kept six hens (including two called Dorcas and Henrietta) so we had plenty of fresh eggs but we had to give up our dried egg ration to collect the meal to feed the hens, who had their own ration books, as did pigs. If you had a glut of eggs you preserved them in a treacly concoction called waterglass for when the hens weren’t laying.

Afterwards there was a lot of publicity about the Coventry Blitz, as though the authorities for once weren’t trying to cover it up for propaganda purposes but were saying: ‘This was so bad, the world has to know what’s happened.’

Our relatives in Gloucester realised how dangerous the raids were, so a few days after the Blitz, they came and fetched me to get me out of Coventry, though both my parents stayed there. I started going to Denmark Road High School in Gloucester and spent the rest of war there. For some reason, whenever I came home to Coventry, there always seemed to be a really bad air raid again, as though to remind me of what I was missing, including a terrible raid at Easter 1941.

As told to Sally Jones

Christine’s close-knit family, all enthusiastic sporting all-rounders, and their lodger Claude, the chief designer at the Coventry Gauge and Tool Company, at the time a major weapons manufacturing business, all survived the war, despite several close shaves including a bomb that landed right beside their house but failed to explode.

Her parents Priday and Madeline stayed in Coventry and lived into their 90s, as tough and self-sufficient as ever. I (their eldest grandchild) have clear memories of being taken to Christmas morning service at the new Coventry Cathedral in 1959, beside the ruins of the old one, and kneeling on bare earth as the cathedral was still unfinished and the new flooring had not yet been laid.

Christine a former school cook-in-charge now lives at Coleshill, Warwickshire – her late husband John served in the Navy on the wartime North Atlantic convoys then worked for Lloyds Bank. Her son (my brother) Edward, who also works for Lloyds Bank, and I both live nearby – Christine has been living with me for most of the time during lockdown, game as ever and at times scornful of the younger ‘Snowflake’ generation’s tendency to melt into wailing and panic over the various Covid restrictions which she simply takes in her stride. She has three grandchildren, the youngest the Telegraph comment journalist Madeline Grant.