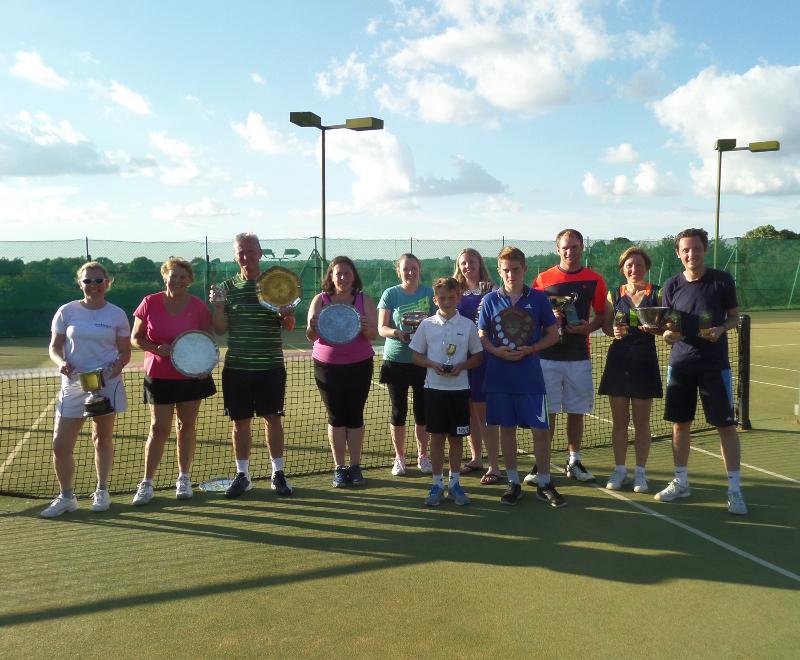 We cater for all standards and ages of play from Mini Tennis Red, suitable for 4 year olds, right up to players who still play regularly even though they are in their seventies and eighties. And a lot more in between!

Apart from social tennis and coaching, we take part in a huge number of inter-club leagues and closed club tournaments at levels to suit everybody.

Under the guidance of our experienced full time and part time coaches, Welwyn Tennis Club has a thriving junior section. We take new recruits as young as 4½ years old and offer guidance and courses right up to adulthood.

We also operate a ‘Schools Outreach’ programme in many of the local junior schools. For eight weeks each term we run 40 minute sessions at the schools for Mini-Red tennis and also have an ongoing talent-spotting policy supported by the LTA. In this way we hope to identify good athletes and encourage parents to help their children to achieve excellence in tennis.

Club-based coaching starts with Mini-Red tennis, using a smaller court, soft balls and small rackets. This progresses through Mini-Orange and Mini-Green, which uses a full sized court, and finally to normal tennis as we know it.

Our active club sessions for adult members on Wednesday and Friday evenings at 7:30pm plus Tuesday mornings at 10pm throughout the year ensure tennis within a social environment. All adult members are invited to play and newcomers can come along and try the club with no obligation. Just check in with the organiser on the day who will put you with players of a similar standard.

As well as social tennis, there are many opportunities for competitive play at Welwyn. We have our own arranged tournaments and are extremely active in local leagues as you will see from our list of teams below.

CLUB CHAMPIONSHIPS: May-July
A tournament played over a period of 2 to 3 months with plate competitions for first round or first match losers. Players enter with a partner for all doubles competitions, or request "partner wanted". The competition includes Men’s Singles, Ladies Singles, Men’s, Ladies and Mixed Doubles, and Supervets.

CLUB VETERANS: Sept-Dec
For men aged 45 and over, ladies 40 and over and run on the same structure as the Club Championships (above).

CLUB SUPER VETERANS:
For ladies and men aged 60 and over and run at the same time but on a round-robin format, as the Club Championships (above) and culminating with the Finals held on Finals Day.

TRANS-AMERICAN TEAM TOURNAMENT: Dec-March
An extremely popular mixed doubles round-robin team event. Players are grouped into four levels and then partners are drawn and allocated into different teams. Each pair will then play the corresponding level pair in the other teams. At the end of the tournament the top two teams play a final.