U16 Boys Team Success in the Cheshire Winter League 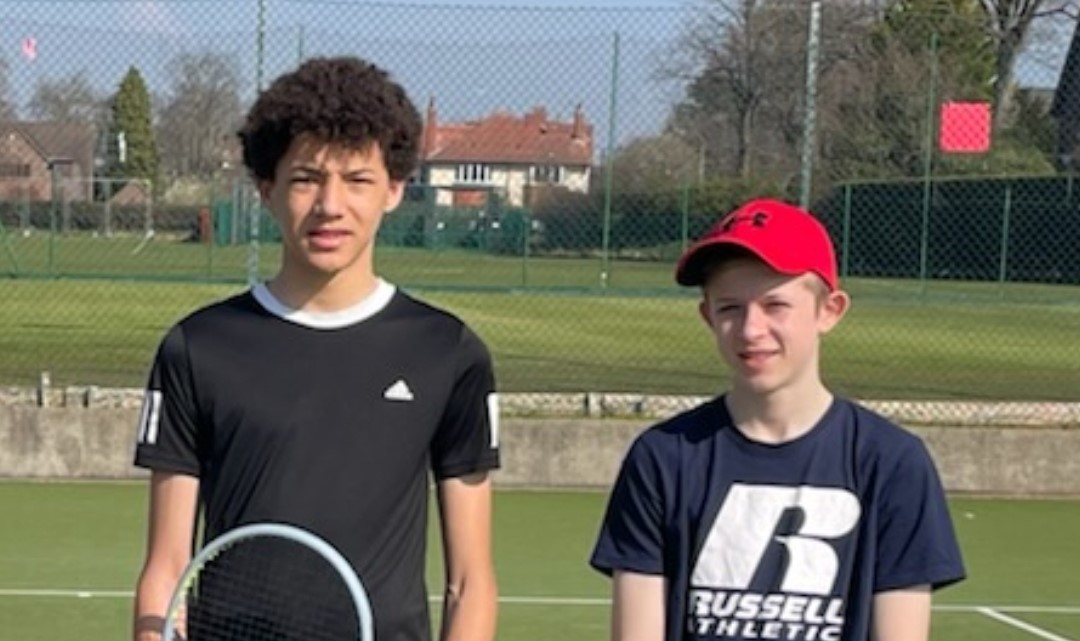 Olivier Chateauneuf and Sebastian McKinstry won the 2021/22 16U County Winter League, defeating High Legh Grizzlies in the final.   Although the boys won all 3 rubbers of a hotly contested final, the standout match was the 2 hours long, high-quality doubles match they eventually closed out 7/6(0), 6/4.   Olivier and Seb used the momentum that tough victory gave them to win their respective singles matches under the sunshine and clinch the title 3 rubbers to nil.

That win in the final concluded a perfect winter for the 16U Brooklands pairing that went all season undefeated as a pair (6 wins in 6 doubles matches) or as individuals (both won all 6 single matches they played this winter too!). An amazing performance that included away wins at Bramhall Lane and Bowdon LTC.