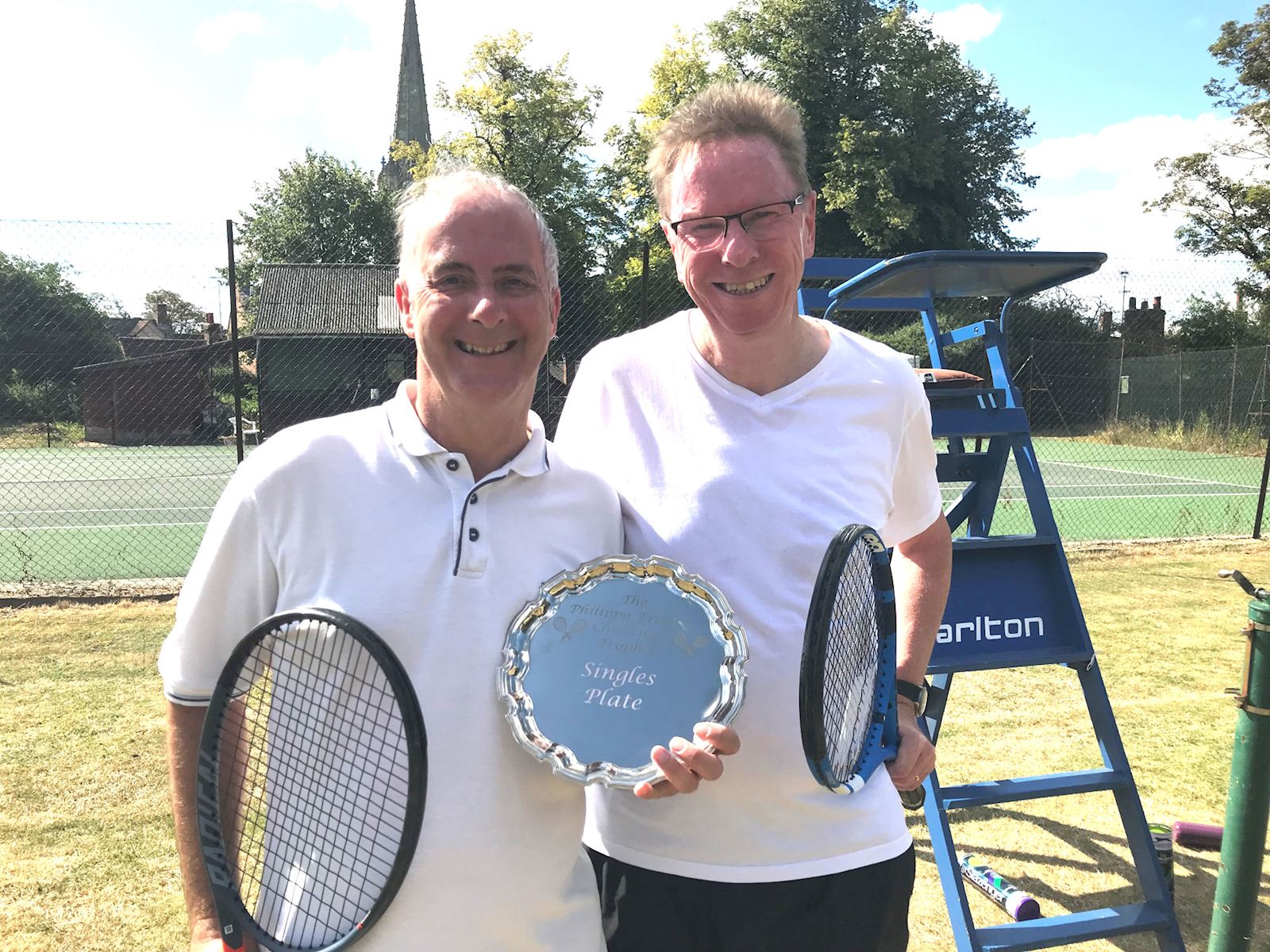 Sunday 8th September saw the playing of the first ever "Philippa Francis Plate" Singles Final at Castle Hill Tennis Club, competed in glorious sunshine between Nigel Appleby and Dave Lewis. The match was played in great spirit and both players had chances to take the first set which eventually was won by Nigel 6-3. The second set was very competitive but Dave just couldn't find the finishing touches to beat Nigel who won the final set 6-0.

The "Plate" was something Philippa had tried to implement before she sadly passed away in 2016, so it is a trophy that is held in high esteem by the Club’s members.