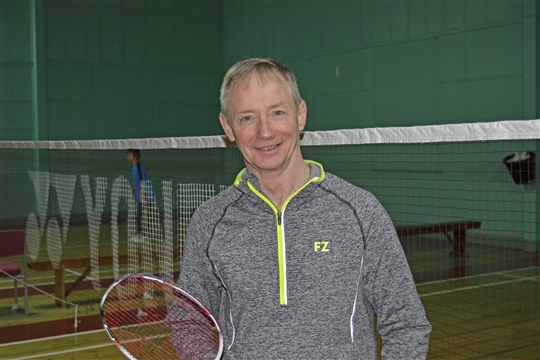 Denis has been coaching at Harrogate  Racquets Club for almost 20 years. He is at present a Level 2 coach and is part way through his Level 3 award. He is a Tutor for Badminton England and is responsible for ensuring future Coaches reach the necessary standards to achieve level 1 and level 2 coaching status. He also holds a level 3 certificate in tutoring. He has been one of the coaches working with the Great Britain Deaf Badminton Squad since 2006 travelling to major events around the world (World Championships, European Championships and the Deaf Olympics) where the teams have picked up several medals.

Since Denis has coached at the club we have had several players represent their country at junior level and numerous players representing their county, some of these players going on to play for the county at senior level. At present we have a good number of county juniors across all age groups.

Denis still plays at a high level himself, having been selected to represent his country in International matches, and at various competitions around the world at veterans level.