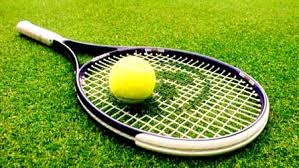 We are past the midway point of the summer tennis season and here is an update on the club's teams in the local tennis leagues.

It has been a tough year so far, results wise. In the Harrogate and District Mixed Tennis league, only the first team currently third in Division 1 are safe from possible relegation. The second team is 8th out 8 in Division 1, the thirds are 5th in Division 3 and the fourth team are 7th in Division 5. It's been an encouraging week with the third team beating Knaresborough A 68-40 and the fifth team beating local rivals David Lloyd C away 56-52. Onwards and upwards.

In the York men's league, the first team is 7th out of 8 in Division 1 and the thirds are 6th in Division 3.

Finally, the Ladies first team are 4th out of 9 in Division 1 of the Yorkshire League.

Regular injuries and people's busy lives restricting players' availability are making it tough for us to win. I would like to thank all those players who have played up in higher divisions so that we can always fulfil our fixtures. It's tough sometimes but good for our tennis.

I would like to thank the tennis captains for their unstinting commitment in organising their teams on a weekly basis. Finally, I wish the players all the very best for the last few weeks of the summer season.