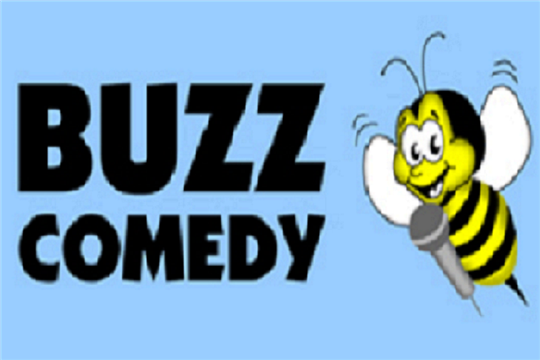 Mellor Tennis Club is tickled pink to be inviting Buzz Comedy Club back to the Sports Club Lounge.

Compere - Pete Phillipson Originally from Lincolnshire but based in Manchester Pete has been building a name for himself on the circuit as a very funny act over the last few years. Pete mixes fast paced observations and routines with wonderful characterisations, making him a hit with audiences all over the country.

Has a distinctive style and very original material. His posh boy humour is intelligent without distancing himself from the audience. Lawyer turned comedian, Andrew is extremely likeable and invariably wins a crowd over as he canters, like an apologetic tsunami, through challenging subjects.

Previously a solicitor in London, he is now a full-time comedian and has written and performed four full-length Edinburgh shows, I Wish I Could Be Like Andrew Watts, Born To Be Mild, Feminism for Chaps and. most recently, How To Build A Chap. All of them received five- or four-star reviews.

Has been performing on the stand-up comedy circuit since 2010. Her adult set combines frank and honest stand-up comedy with a warm delivery and the occasional comedy song thrown into the mix.

A Birmingham-based stand-up who has crafted his art form over the last twelve years. Craig's repertoire is one of anecdotal observational comedy, combining humble self-mockery and tapping into the ridiculousness of modern life and everyday occurrences that we all recognise.