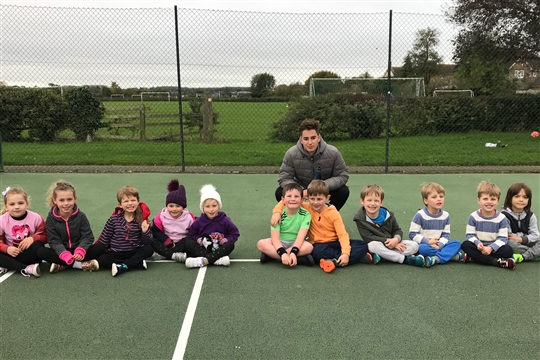 Nigel Willard Tennis consists of a team of professional, qualified LTA coaches, who are competent, committed and experienced in delivering tennis across a wide age and ability range.

Nigel is one of the county’s most respected coaches.  He was awarded an AEGON national coaching award in 2010 and was shortlisted for the Bucks and MK coach of the year in 2013 and club of the year for 2015.

Nigel brings a wealth of playing and coaching experience with him and his knowledge of the game is second to none.  He has coached numerous county players, has developed national and international players and also led the Bucks boys 12u team.

Nigel ensures all his players work hard to be the best that they can be.

Gavin is Lead Coach at Newport Pagnell Tennis Club working with players of all ages and abilities enabling them to reach their highest standard. He oversees the programmes and delivers excellence on and off court

He has a wide experience of playing on the LTA Tour in both singles and doubles, winning LTA events all around the country.   He has achieved an LTA rating of 3.1 to date through competing across all age groups with great success.

His claim to fame is that he competed & successfully beat Jamie Murray 6-1 6-1 in a LTA event.   His fastest recorded serve is 127mph.

Charlie is fun, personable, reliable and a fantastic role model to all our players. He is from Bedford where he played as a junior to county level. Charlie played not only locally but also across Europe in places such as Croatia and Greece. He has extensive experience of players of all ages and abilities from those who have never played before to regional juniors. Charlie brings huge enthusiasm to his tennis coaching and is a fine addition to our coaching team.

Tim has been playing at Olney Tennis Club since he was 5 years old and is currently the Olney men's singles champion.  Tim combines his love for the game with his enthusiasm to teach the youngest members of the club how to play.