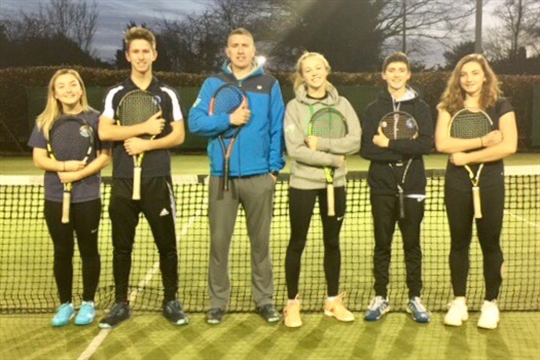 Over the the past 6 months Inspire2coach have delivered several level 1 and 2 coaching courses. The young adults that have attended these courses from Rugby LTC have been described as “engaging, knowledgable and hardworking and this is testament to the coaching they have received and the experiences that have been given” by the Club.

Chris Cash, who led the courses was keen to let the team at Rugby know “what a great job the Tennis Club is doing of developing young people”.

Well done to Minnie, Lucy, Estella, Ben and Tom for representing the club so well and to all those involved in development.