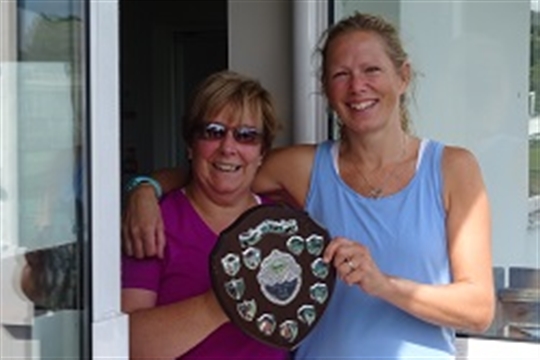 Summer league fixtures have now been completed and St. Agnes Tennis Club has had a great season.

The men's B and C teams have gained promotion next season into County 1 division and Division 1 respectively. The ladies B team didn't lose a match all season and will be promoted into the County 1 Division.

To end the season St. Agnes had five teams (Men's and Ladies A and B teams and Men's C team) - the most ever - competing in the County Cup finals which were played in the sunshine on September 11th at the Heron Centre in Newquay.

After some great games the Ladies B team were victorious and won their Morton Nance match final against Falmouth B 6-3, 6-4. The Men's C team won a thrilling 3 setter - 5-7, 7-6, 7-6 against St. Ives and won the Division 2 Holman Cup shield.

It was a great end to a great season. Well done Mandy and Charlie and Chris and Paddy!