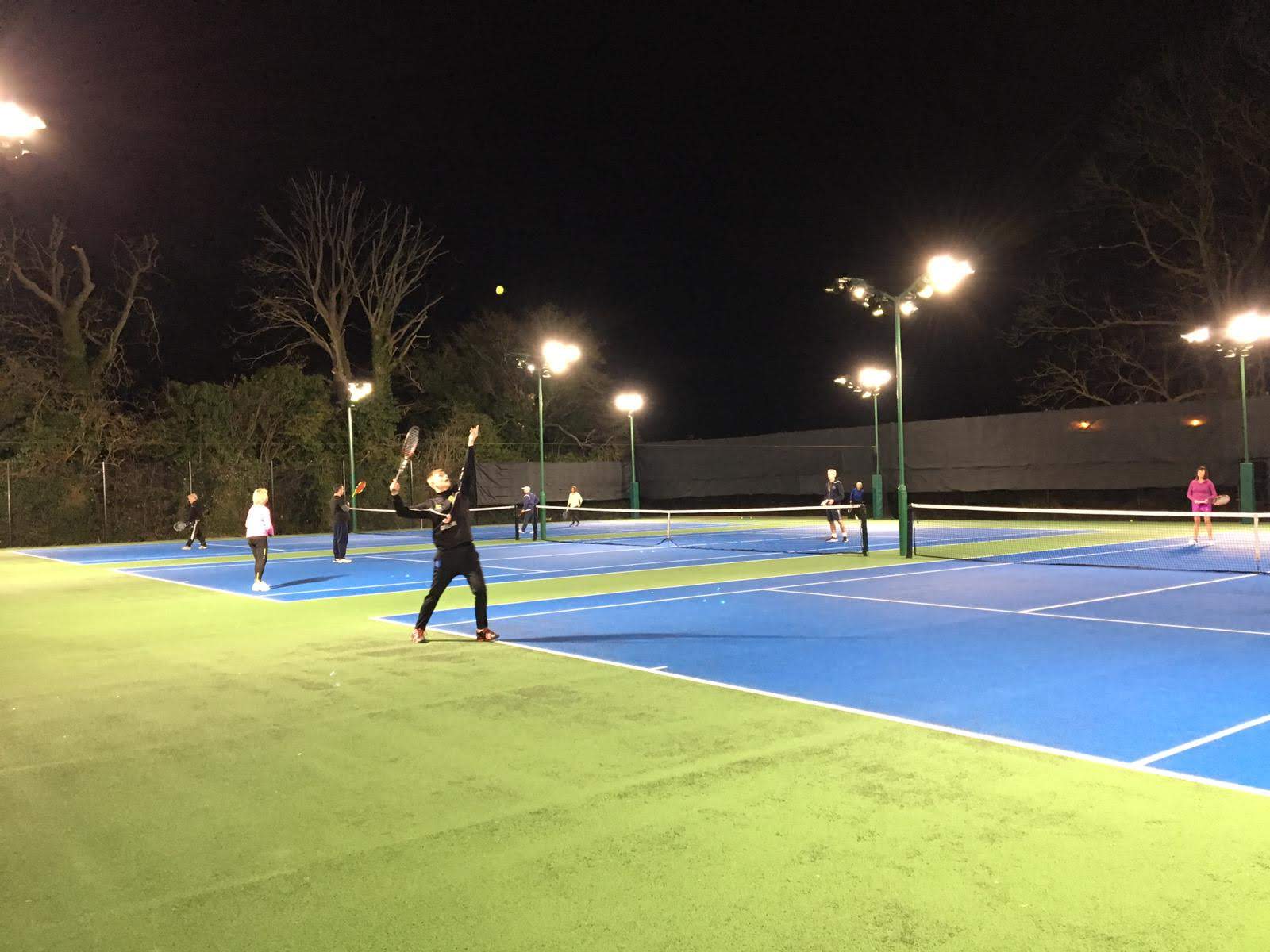 Following the  Wimbledon draw our first tournament of the year took place- the Jolly Cup.

20 members took part in a Wimbledon themed competition over 5 rounds of 8 games in a mainly mixed doubles format, swapping partners after 4 games .

The  eventual winners were Anne Slatter and Oliver Rice, with the runners up Sally Pell and Javier Jimenez.

Many thanks to all who helped, on what turned out to be a fantastic evening of tennis accompanied by bread and cheese and drinks from the bar.