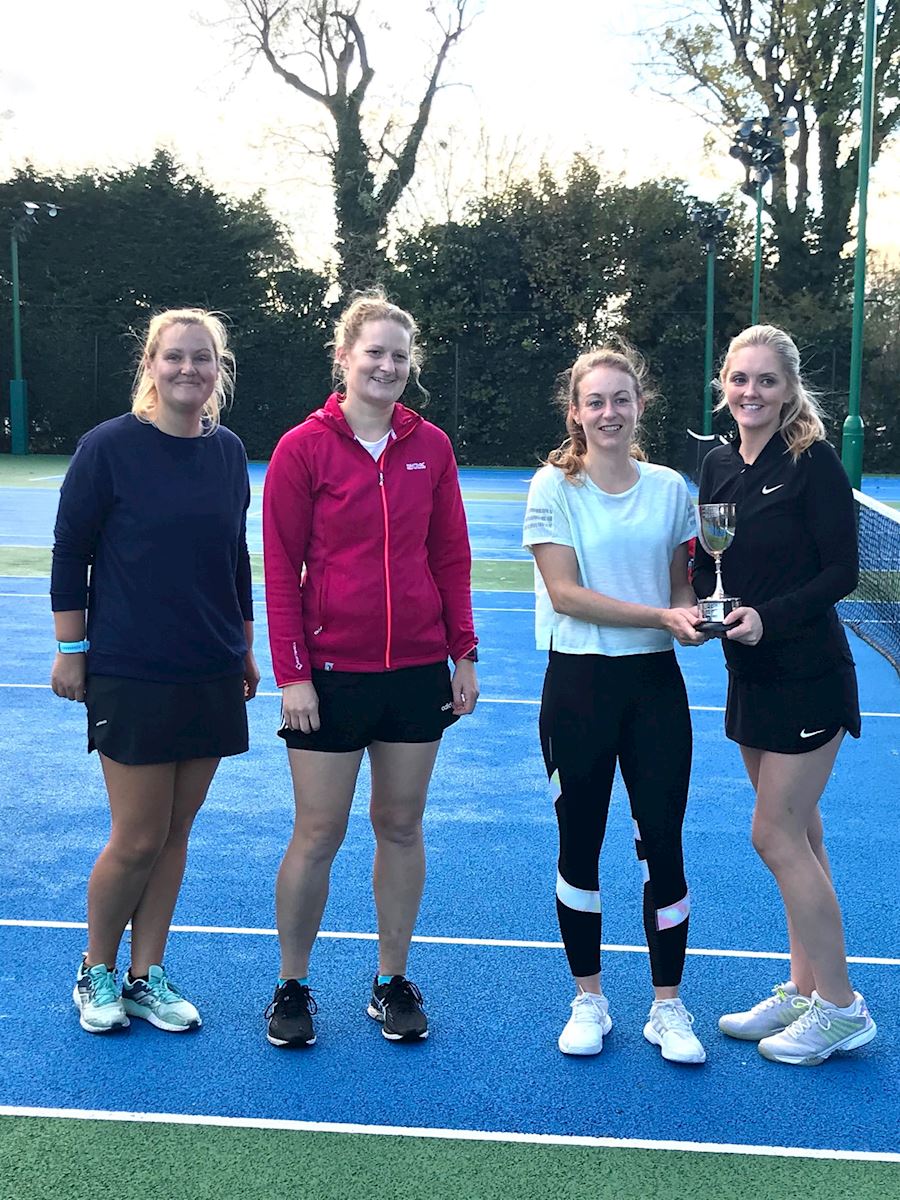 With the completion of the Ladies Doubles Final, our tournament for this year came to a close.  Two finals day came and went, called off due to the rain so the Finals were eventually played over 4 days. This did not prevent some fantastic matches and great support from socially distanced spectators.

The Final results were:

Many congratulations to all the winners and a big thank you to all those who took part and all the spectators who were able to watch some fantastic matches.