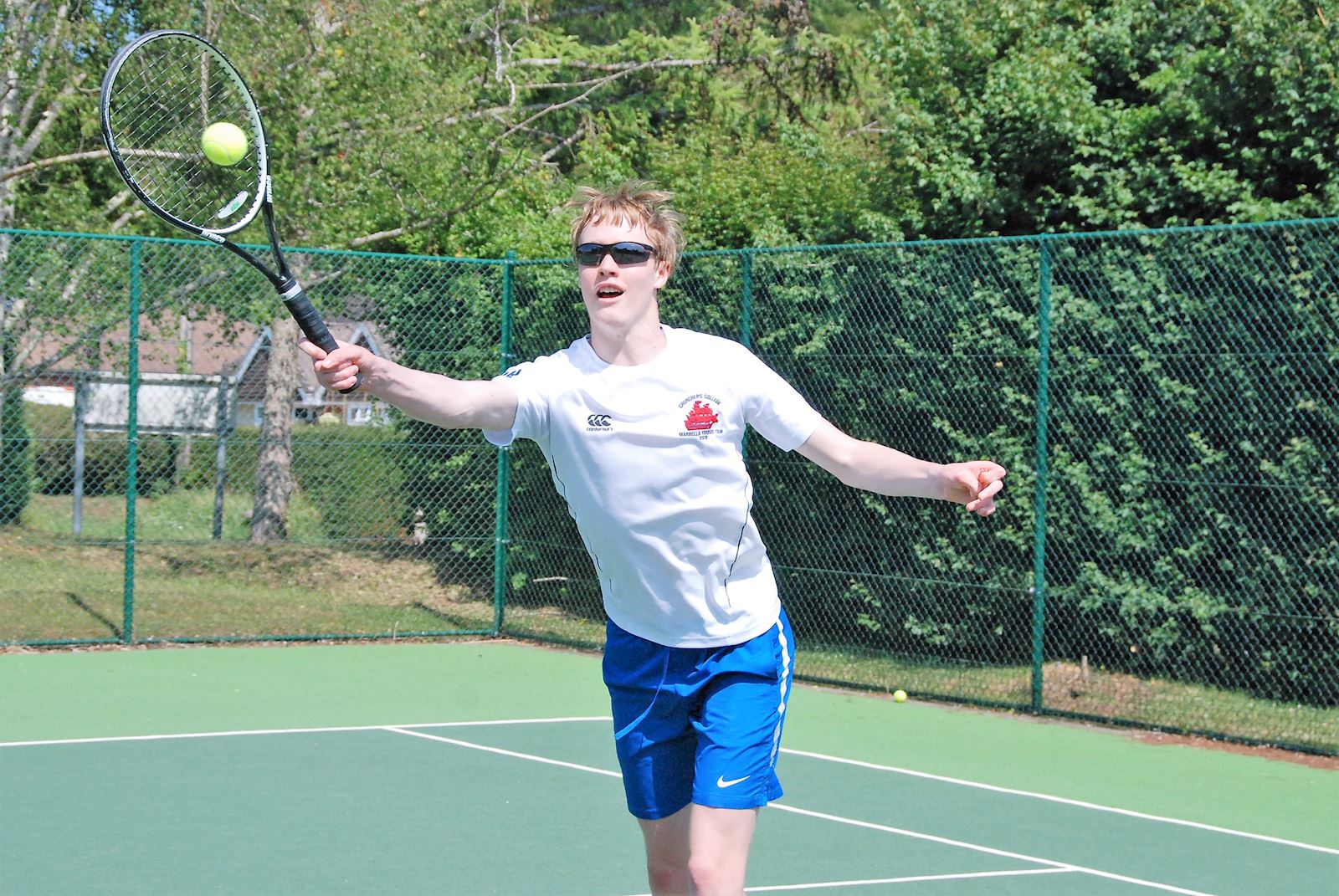 I started to play tennis at Swanmore when I was 12 years old, having begun to play at Junior school. I have really enjoyed the junior coaching sessions at the club with Mike, Jake and Bash and have met
other junior tennis players who are now friends.

I represented the club in the Under 14 boys team and, as we got older, the Under 16’s playing both singles and doubles. I now play in the adult “B” teams, playing a combination of mixed doubles and men’s doubles. I prefer playing doubles, working together as a team with lots of opportunities to volley.

At school I won the Road to Wimbledon Competition. Arriving for the next round I met up with the
winner from Swanmore - a familiar face which made the event less daunting. I have also been on tennis
camps with friends in Spain and Portugal.

There have been opportunities to play tennis with both adults and juniors at Swanmore which has been
great for my tennis skills. Joining the club has been a great decision.