Welcome to The Chiddingstones Tennis Club

The courts are now open for use once again from Tuesday 10th May, having been repaired  and repainted. Cleaner, less holes and more grip. There can be no more excuses - get booking those sessions!

We are a family friendly, community run club in the heart of the Kent countryside. Founded in 2002 the club serves several rural villages providing  two all-weather courts in a quiet and picturesque setting.

The courts will re-open from lockdown on March 29th (see link to LTA guidance above). In the meantime, they have been cleaned and a new net has been installed on Court no 1.

The courts can be used by both members and non-members using the pay-to-play system.

There are regular coaching sessions , for example "rusty rackets" (a ladies class, held on a Thursday morning)  but the club also provides bespoke group and 1-0n-1 coaching  via our LTA accredited coaches (see Coaching tab for details).

Following on from the successful junior coaching camps  at Easter and during the Summer half term,  affiliated coach, Naomi Fenn will be holding another junior camp in late August - details of which can be found in the Holiday camps tab on the website.

Throughout the season there will be weekly turn-up and play mixed sessions on weekday evenings , as well as weekend mornings. For details on this - please contact Simon Butler on 07768 725793 or [email protected]

We hold  regular competitions this season - mens, womens, mixed and inter-generational doubles. So far we have held the womens doubles in May and the mixed doubles in early June.

So, please join us. The club is there for all ages and all abilities. I look forward to seeing you on the courts.

p.s. If you are not a member , but wish to play occasionally, we have a "Pay-to-Play" system, whereby the courts can be accessed via the rear gate, the key to which is held at the village store. Sessions are £10 per hour. For more details see information on the Play tab. 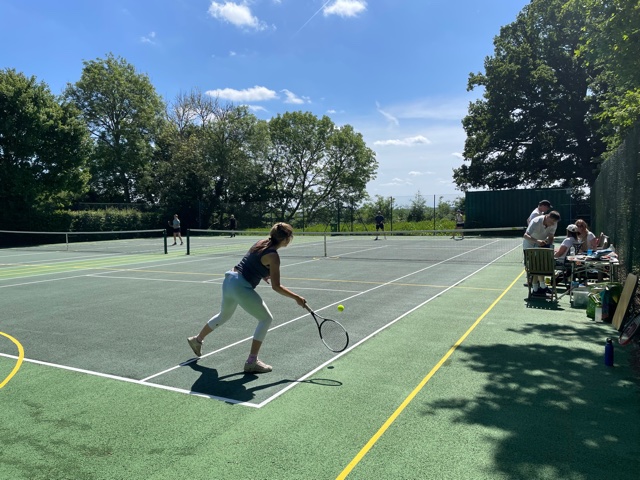 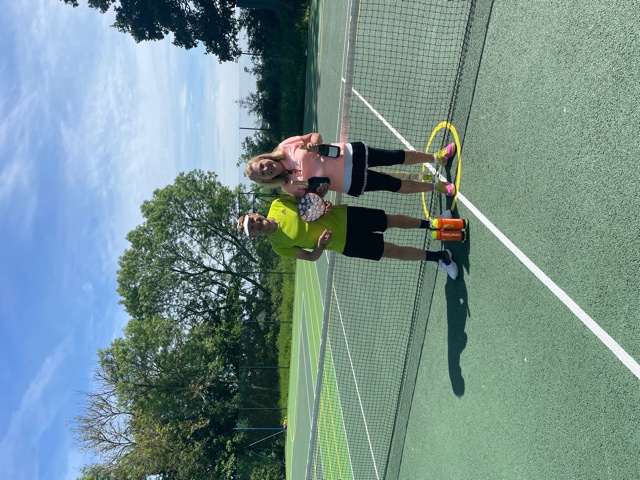 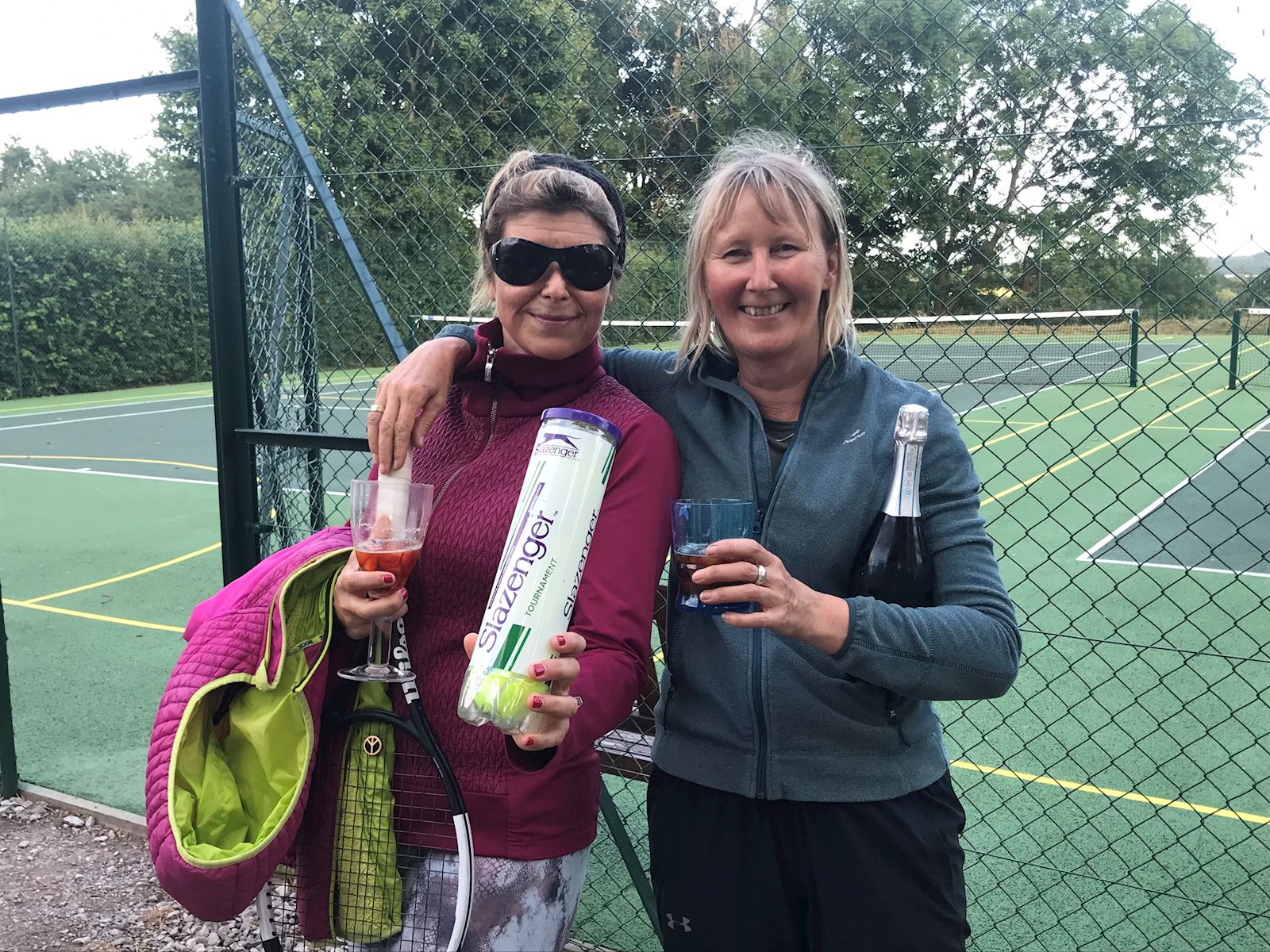 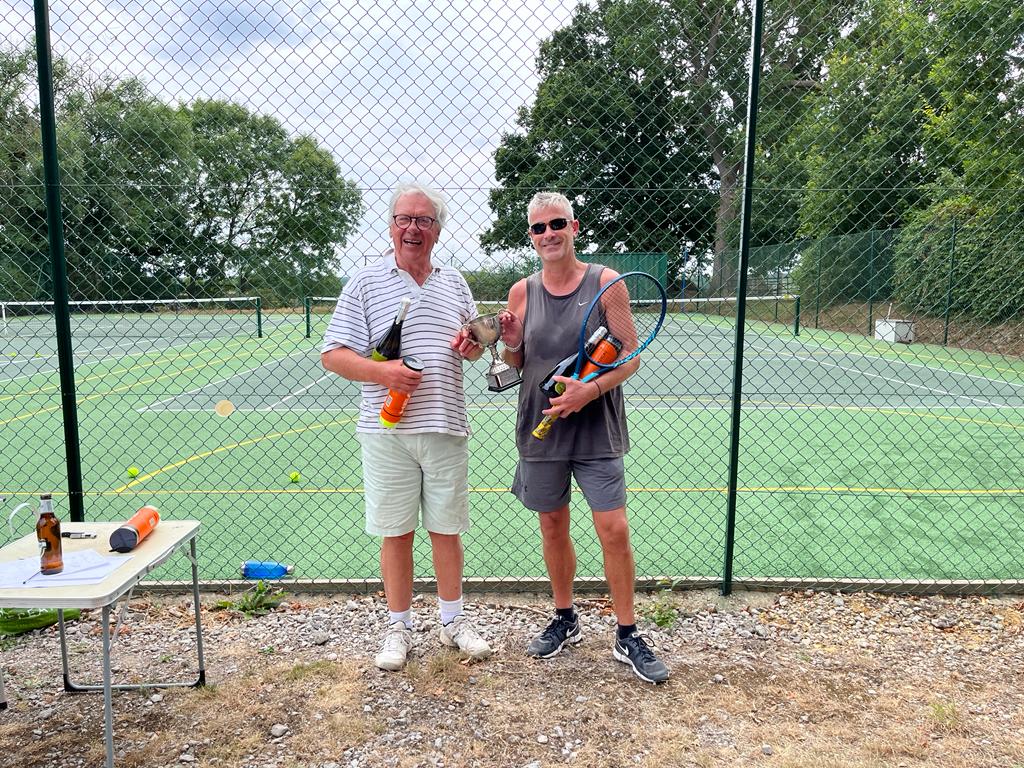 Membership for 2022 is now open