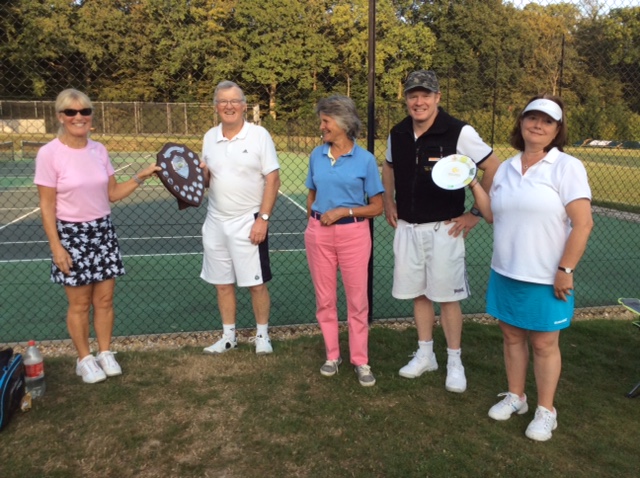 Sunday dawned with perfect weather for the Club's annual mixed doubles tournament -  the  Richard and Ruth Paine tournament. By tradition, the biggest day of our calendar, with excellent tennis, normally supplemented by a legendary spread of tea and buns, although this year the Club's bakers were thwarted by the dreaded Covid 19 and not a cup cake, flapjack or lemon drizzle was to be found anywhere on the Recreation Ground

There were a number of close matches including the Shield final where there was a narrow win for Jill Holland & Richard Edwards  over  Christine Lally and Ramy Salameh. In the Plate, Charlotte Evans & Rory Nursten  just squeezed home against Louise Barstow & Siva Pillai

The trophies were presented by Ruth Paine to great applause, but the customary glass of something sparkly was kept in social isolation, hopefully to be enjoyed next year.

Many thanks to Judith Turner and Peter Rix for organising the event and getting such a good turn for a very enjoyable afternoon.