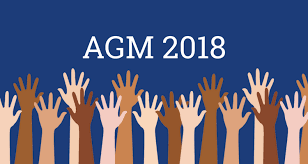 We have had a reasonably good year with mixed success for our league teams, improvements to our facilities (including a warm clubhouse), a greater participation in our activities but a small fall in membership numbers. Overall there is plenty of optimism and energy within the club to carry us through into next year.

It is rare to inform you that anyone has been a member at our club for fifty years but even rarer to report that this person has worked tirelessly over these years to the benefit of our club. His boyish enthusiasm is infectious and without him, the club would not be as you see it today. He will not want me to trumpet his achievements, nor does he enjoy the praises that we should heap upon him, but I cannot let this occasion go past unnoticed. It is therefore my great pleasure to award Gerry Niepel with this plaque in recognition of his unbelievable contribution to our club. Step forward Gerry and receive the applause. For those of you who cannot see the inscription, it reads,

“Gerry’s Bar, a loyal and outstanding member for over 50 years”

I know that if this was a football stadium, we would name one of the stands after Gerry, but the bar area will have to suffice.

A great deal of time and effort has been spent on updating and incorporating new policies which the LTA have insisted on. These can all be viewed on our website which is so successfully managed by Christian Bryan. The web site is our shop window and we are indebted to Christian for all his hard work and continual updating. Talking of new policies……………

If you don’t know what this is let me inform you that it is not a defunct railway operator, but a decree from the soon to be forgotten European Union – or not! We have spent countless hours spent trying to interpret what some bureaucrat in Brussels has decided to foist on us. This has replaced the data protection act and if we were to follow it to the letter we would not be able to contact any member who has not opted in. This is a nonsense, so we have adopted a common sense interpretation and trust this will suffice. I won’t bore you with the details but to give you a flavour of what we came across were the following 2 statements on their help list;

“Use clear, plain language that is easy to understand.”

“Give granular options to consent to independent processing operations”

On a more serious note, the new law insists that we have to offer the facility for members to unsubscribe from emails. You are of course at liberty to do this but please be aware that if you unsubscribe, we will not be able to send you details about changing the code number on the gate for access, tournaments, social events, tennis talk and important notifications such as the AGM.

While we are on the subject of administration, please can we ask all of you to opt in to the Wimbledon ballot? It is so frustrating to note that only half of our membership have spent what only takes 2 minutes to update their LTA membership. As a result of this apathy, the allocation of our tickets for Wimbledon will be severely depleted.

Congratulations to the members of our Ladies Liverpool League with Simon Bentzen using his energy to organise and lead our teams to success. And as already mentioned, our thanks to our club captain Simon Greening and all the team captains for their incredibly hard work this season.

I would like to thank all the committee members for their commitment this year and I am delighted that the team will remain in place for next year. I don’t like to single anyone out from the committee, but I will make an exception with Phill Gray who has been involved in so many aspects of the club. In between running the club tournament, he has also found time to assemble a new shed which sits at the back of the clubhouse. His commitment and exuberance have generated a new-found enthusiasm throughout the club and he is an example to us all.

An illustration of this spirit has been the incredible response to the intra winter league, the brainchild of Debbie and run so effectively by Danny. It has been an amazing success and enjoyable for everyone who has played. We did not forecast the response and thought that we would only need 4 courts leaving two free for clubnight. However the response has been terrific, resulting in all the courts being used, but starting next winter the intra league will run on Wednesday nights, leaving 3 courts free for Tuesday clubnight.

The glue that is Debbie Johnston holds us together while the success of junior club night continues under the wonderful leadership of Margaret Lyons supported by the very able Sue Johnson.

Paul Brereton is in America at the moment, but his tireless workload continues to amaze me. If he isn’t sorting out our clubspark queries or fixing something, you can find him 40 foot in the air on the top of a cherry picker changing the floodlights.

I have mentioned most of the members who help run this wonderful club of ours but if I have left anyone out, my apologies. If there any other members attending here tonight who would like to offer their help in any way, then please let us know. This is your club and when visiting teams arrive, nobody will tick you off for welcoming them or helping to lay out the refreshments and tidying up afterwards. We are a friendly bunch and no more so than when we play our friendlies. The organiser Andrew Hewitt puts in a huge amount of time and effort into these matches so many thanks Andrew.

There is a lot of work undertaken behind the scenes. Most of you will have heard of Tennis Mark which was formerly known as Club Mark. The LTA in their wisdom have replaced Tennis Mark with M.R.R. This is not a new type of flu jab and stands for Minimum Registration Requirements. This became effective as from 1st October 2018.

This new regulation is not something that clubs should strive for (as was the case with Tennis Mark) but a directive that must be adhered to if the club is to retain its affiliation to the LTA.

So it looks like Brexit in reverse. If we don't comply with the MRR, we cannot be affiliated to the LTA. This would affect us in many ways including no Wimbledon ticket allocation, no insurance and no access to Clubspark.

Fortunately, we do comply, and the main areas are as follows;

This has involved a huge amount of work and again is an example of the world we live in where the threat of litigation means that we must have policies for every possible scenario.

Finally, I want to take you back in time to the 1980’s when the committee at that time decided to install a payphone in the clubhouse. This of course was before the advent of mobiles and other such contraptions which make communication so easy nowadays. The payphone stood proudly at the entrance to the clubhouse for only one week before someone ripped if off its moorings and took the 80p from the cash slot. Because of this vandalism, the committee at the time did not replace the apparatus.

Now fast forward 34 years when I received a shame faced telephone call from an ex junior member owning up to this delinquent behaviour. He apologised profusely and has reimbursed the club with 80p plus an extra £100 for the damage.

It’s not too late for any other members to come forward with their confessions!