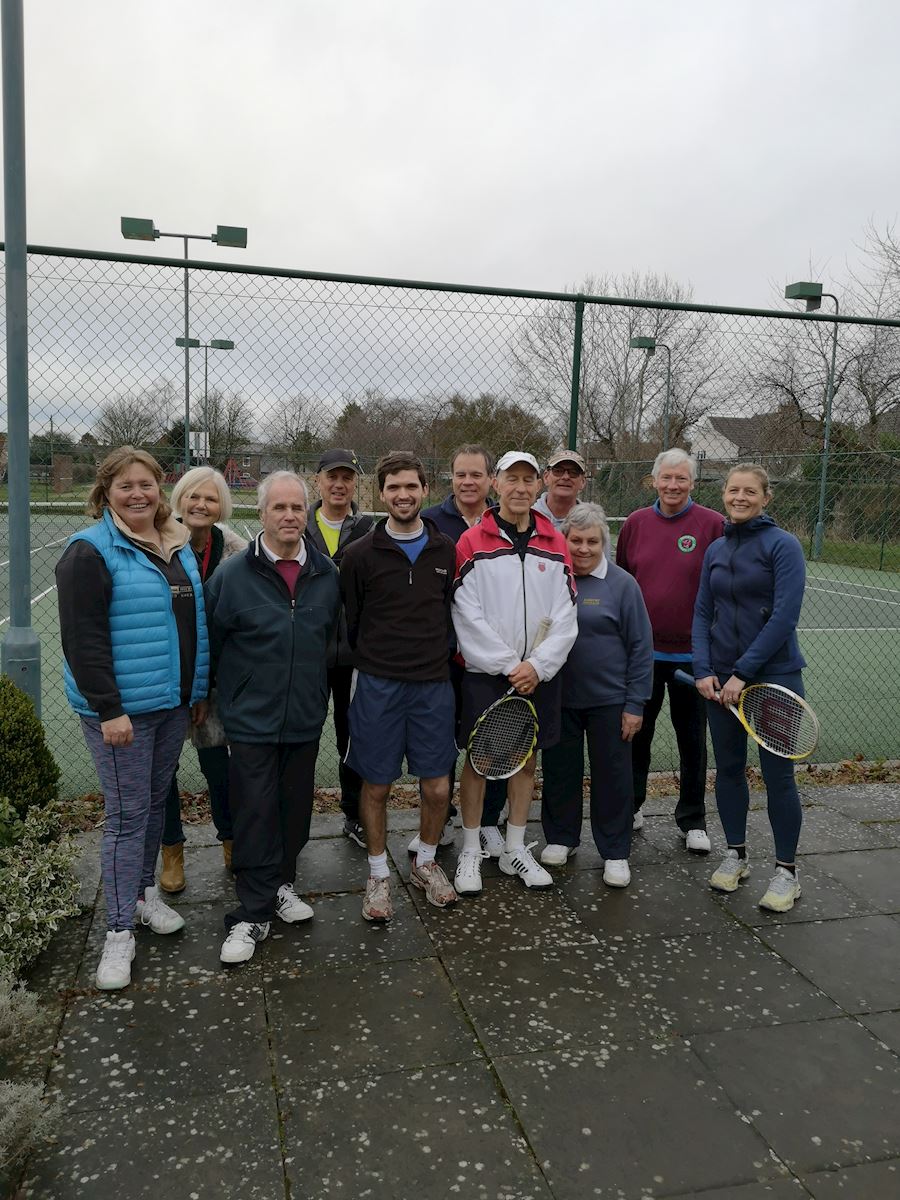 SUPER SIXTEEN SENSATIONAL IN SEEING OUT 2018

The ‘Muffler’ Tournament attracted a good entry of suitably dressed competitors ready to battle for the year-end trophy and celebrate in style with mulled wine that had lived in Mary & Keith Thompson’s garage for three years (due to inclement weather cancelling previous attempts). 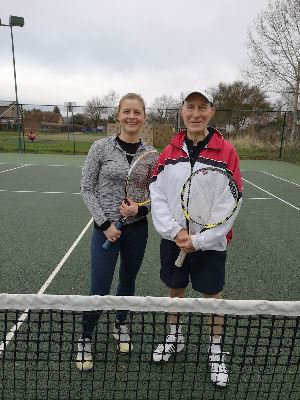 Karen Bristow played her substitute (son-in-law Craig Lenton) but to no avail with a fourth place (out of four) in Group I. Not to be outdone, Chairman Colin Mercer took fourth place in Group II.  Nice people don’t always win. Which is not to cast newcomer Sarah Dodd and David Bristow (playing himself rather than a substitute) as anything but nice.  They defeated Caroline Morland and Chris Cousins in a close fought final whilst the rest of us guzzled goodies (including some delicious Chinese style flavoured sausage rolls created by Andy Smith).

So 2019 awaits with some fun tennis ahead in a great club with a growing bunch of friendly members. And only one bottle of mulled wine left, so new stocks will be needed for next year…