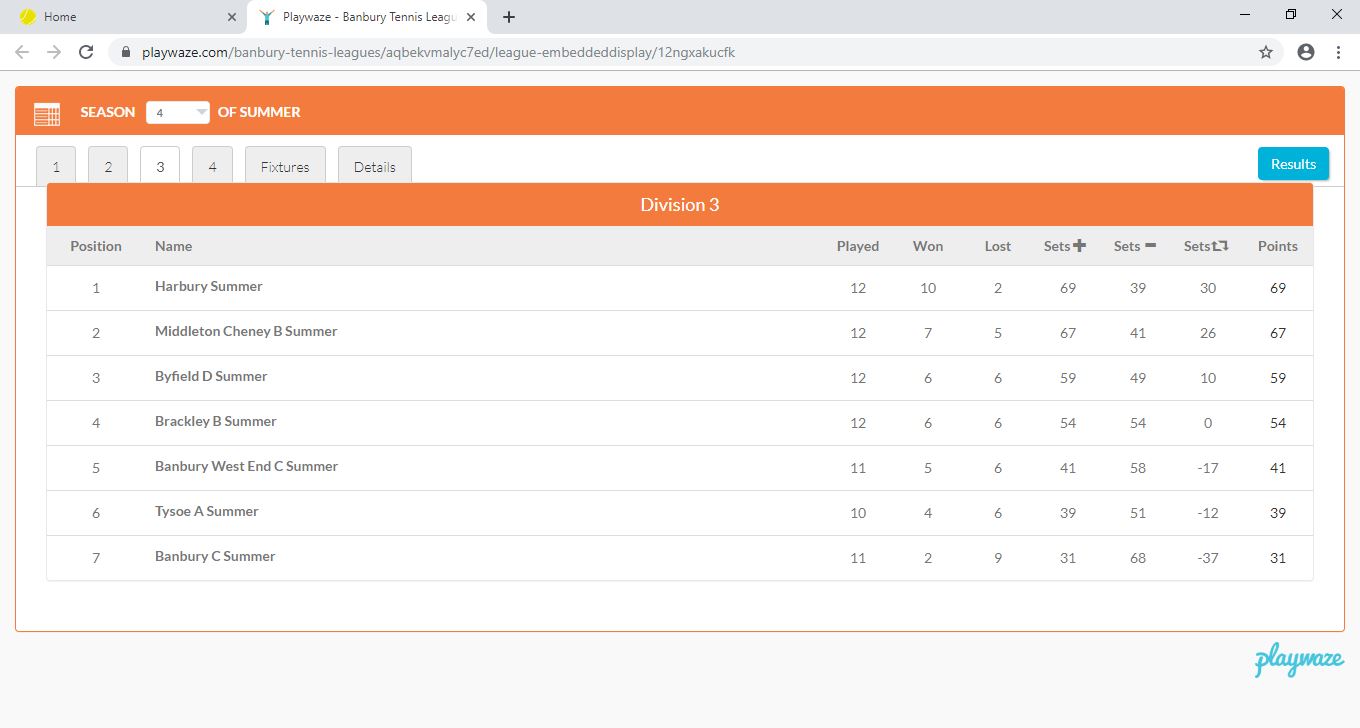 Having been promoted from division 4 (Banbury midweek league) at the end of last summer, at the start of the season, we would happily have settled for a mid-table finish.  However, for most of the summer, Harbury and 2 other teams shared the top 3 places in midweek division 3, and targets began to change!  By the start of September, each of the top three teams had 1 match left to play, and the top three places were still to be decided.  Harbury were the last of the three to play, and the calculators had been out so we knew which finishing position each result would bring us.  The result was Harbury 8 Tysoe 1, which was enough to secure us top spot by 2 just points.

Team Photo to follow ..... if I ever get all 16 players together in one place!