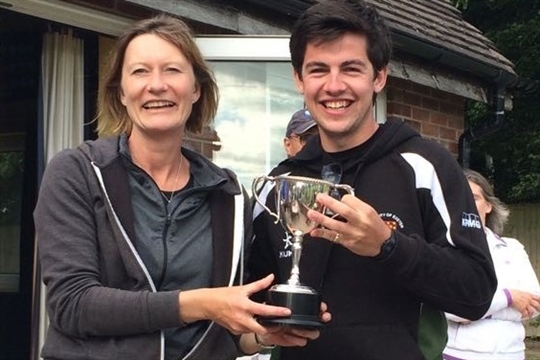 Despite a slow start with the tournament entries, the 2017 Summer Tournament on Sunday 11 June saw 50 matches being played across five village courts. While there was no junior tournament this year, teens who played in the adult tournament put in a very strong performance, scooping up several of the positions in the finals.

Hopefully this progression to adult play will inspire the next generation of younger juniors to sign up for the junior event next year.

The results were as follows:

The day was rounded off by a highly successful barbeque.

A reminder to keep the date free for the Autumn Mixed Doubles Tournament on Sunday 17 September 2017.