Aegon U16 vs Riverside 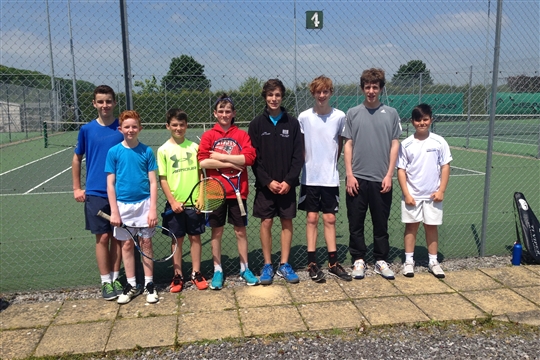 On Saturday 29th May Patrick Frost, Jack Durston, Sam Durston and Will Durston (I was struggling to get a team together!) played against Riverside. It was a tough match with Patrick as number 1 up against a 6.2 ranking player and Will up against a player roughly twice his height!  None-the-less, Jack managed to take a set in his singles, narrowly losing 10-6 in a final set tie break, and Will and Jack likewise took a set in their doubles, again losing the final set tie break.  Good tennis from all four players.