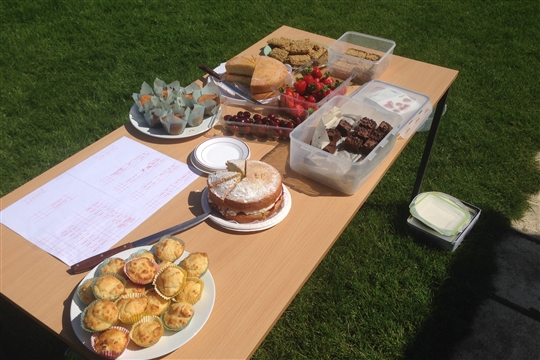 On Saturday 2nd July, 9 of our junior boys played a friendly match against 10 Lechlade boys.  It was a glorious afternoon and it was great to see all 5 courts full of enthusiastic players.  Lechlade pipped the scoring with an 8-7 victory, but there was some great tennis played and we are planning a return visit to them in September/October to settle the matter!

Unfortunately, I didn't get the chance to take a photo of everybody, but I did manage to take one of the cakes (thanks Mums and Dads) which were nearly as impotant as the tennis!