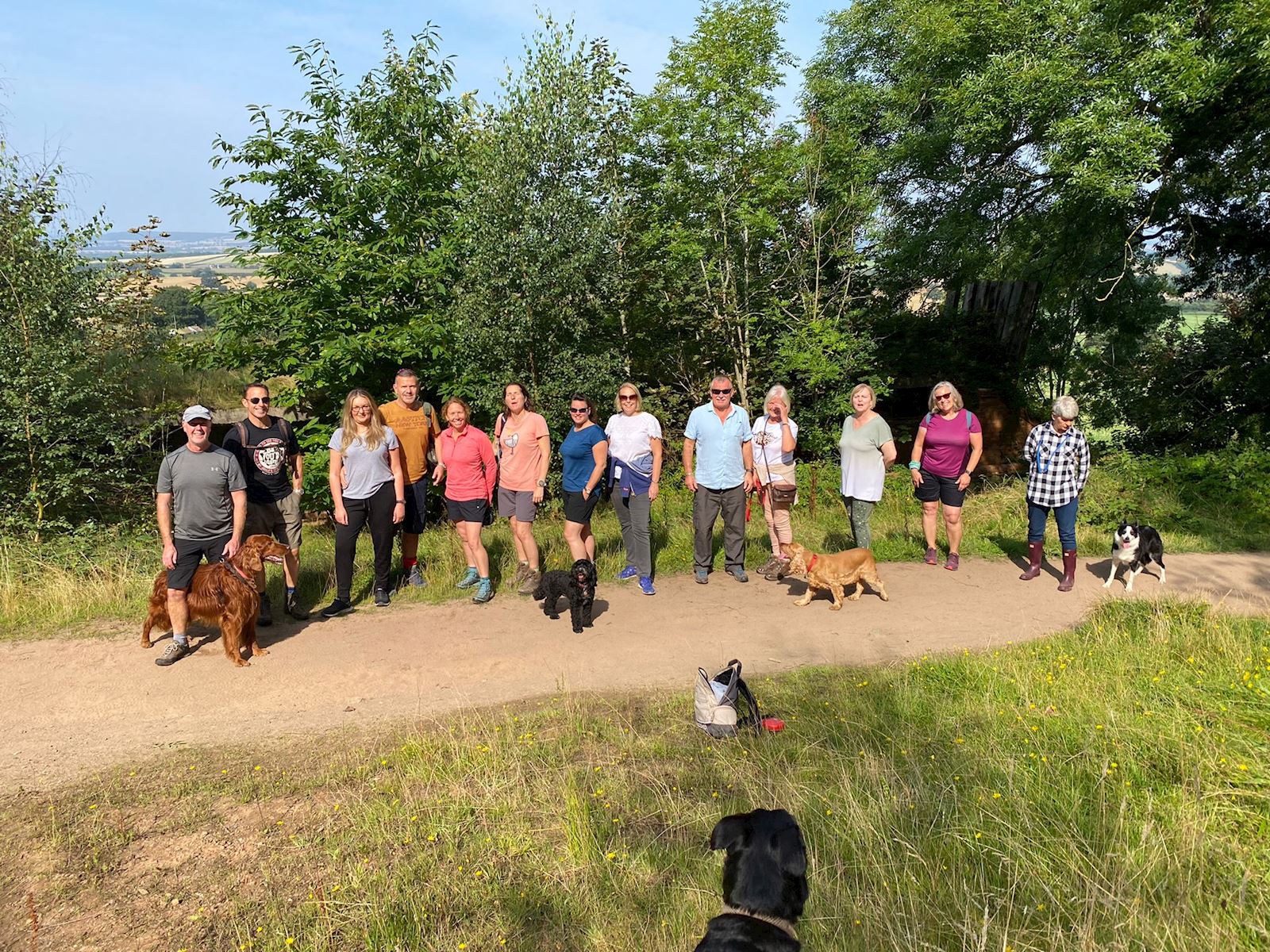 Last Sunday, the sun shone on members of MDTC who, unlike the pupils and staff of Wrekin College who walked up their namesake hill, took a slightly more leisurely route around the base of the Shropshire landmark.
We walked up to the Halfway House, where we followed a lesser known track that runs 7.5km around the Wrekin’s base, taking in some spectacular views and a scheduled monument. We had clearly chosen the path less trodden and encountered only a handful of other hardy ramblers.
The dogs were well behaved, and the owners weren’t too bad. With chatting all the way round, it didn’t feel like two hours had passed before we were back at the Halfway House, sitting outside and enjoying a well deserved ice cream.