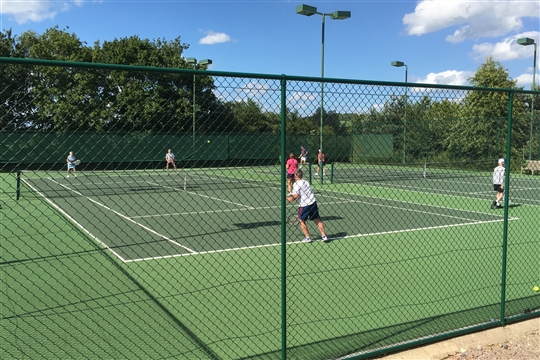 Medbourne Tennis Club holds a variety of tennis and social events all the year round.

American mixed Doubles Tournaments are run between April and October, they are normally held at a weekend with either lunch or tea provided by the players after the tournament. It is a good occaision for families to come along and support their family member,watch the tennis and enjoy the club facilities. There are also some tournaments held in the week, again with lunch afterwards. The entry fee for these tournaments goes to a chosen charity,the winners and the amounts raised for charity can be found on the news page.

Social time with other members can be found on Club mornings and evenings and after in house Club tournaments. The bar is often open on Club nights.