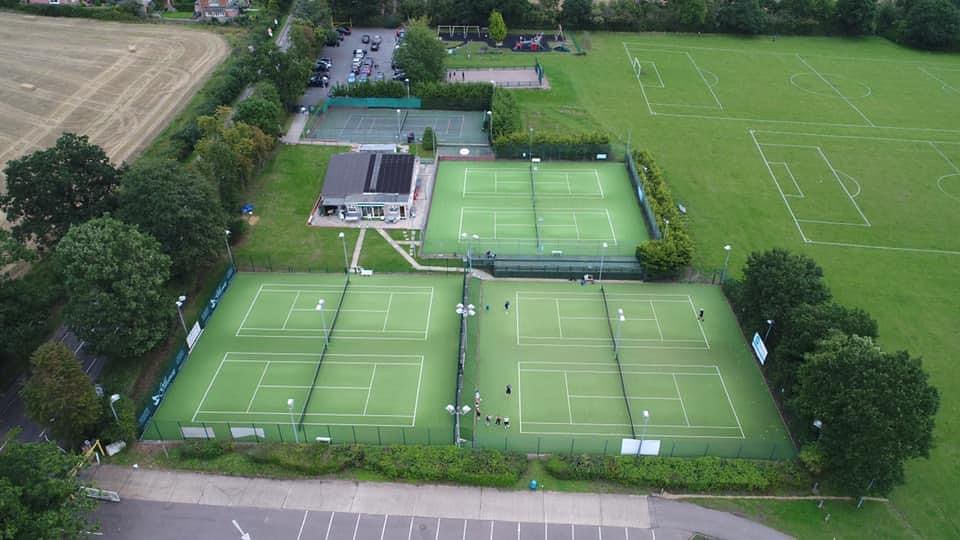 Northaw & Cuffley Lawn Tennis Club was established in 1937, originally in someone’s back garden and then on the site of King George V Playing Fields on the outskirts of Cuffley Village.

There were originally four clay courts and a small club house. In the late 1980’s a new clubhouse was built along with a new court. Floodlights were installed and artificial grass surfaces were laid on all five courts. In the early 1990’s the Club acquired two further courts from the Northaw and Cuffley Parish Council providing the Club with a total of seven courts. In 2001 the clubhouse was refurbished and extended to provide a larger area for general activities. In 2008 the court surface configuration was re-arranged to provide six courts with artificial grass and one hard court.

With the help of a grant received from Northaw and Cuffley Parish Council the public court, court No. 5, was converted from a hard court to artifical grass using "TigerTurf"  in March 2021. The court is available for general public hire through an agreement made together with the Parish Council and can be booked via this website. This court is also home to our unique Rebo hitting wall.

The current configuration is now seven excellent courts, all with artificial grass. All our courts are fully floodlight, with two courts having new LED floodlighting installed in 2019.

Membership includes free use of floodlights and new tennis balls are provided for each adult playing session (Covid permitting). There is a wide range of tennis programs catering for members of all ages and standards. A specific session for juniors on Friday nights is organised by the Club coaches with adult sessions for men, ladies and mixed on specific week nights and weekends. There are also sessions throughout the day midweek for members and organised coaching sessions for schools and groups of children from the age of 3 years.

The Club is active in the Herts tennis community taking part in several leagues and interclub tournaments. There are many adult men’s, ladies and mixed teams together with Junior teams from the age of 6 years who represent the club in these fixtures.

We have a large clubhouse and bar for hire and also caters for many club social events.